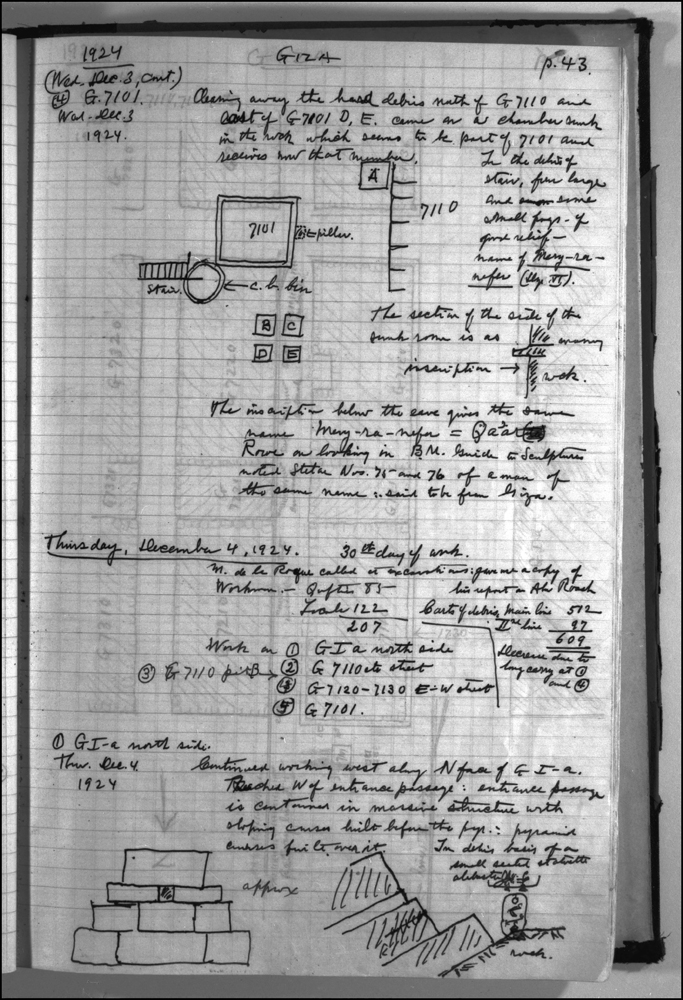 (4) G 7101
Clearing away the hard debris north of G 7110 and east of G 7101 D, E. Came on a chamber sunk in the rock which seems to be part of G 7101 and receives now that number.
[ILLUSTRATION]
In the debris of stair, found large and some small fragments - of good relief - name of Mery-ra-nefer (Dynasty 6). The section of the side of the sunk room is as

The inscription below the eave gives the same name Mery-ra-nefer = Qar. Rowe on looking in B.M. Guide to Sculptures noted Stelae Nos. 75 and 76 of a man of the same name said to be from Giza.

M. De la Roque called at excavations, gave me a copy of his report of Abu Roash.

In debris: basis of a small seated statuette alabaster [GLYPHS]