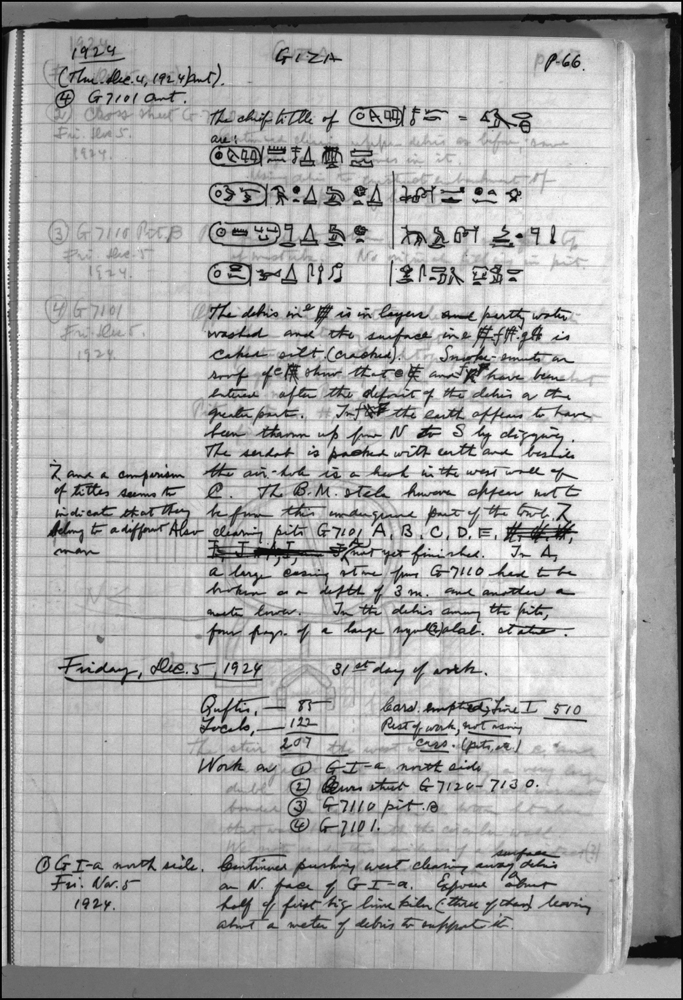 (5) G 7101 (continued)
The chief title of [GLYPHS] are: [GLYPHS].
The debris in C is in layer partly water washed and the surface in C, G, G is caked silt (cracked). Smoke-smuts on roof of C show that C and F have been entered after the deposit of the debris or the greater part. In F the earth appears to have been thrown up from north to south by digging. The serdab is packed with earth and beside the air hole is a hack[?] in the west wall of C. The B.M. stela however appears not to be from this underground part of the tomb and a comparison of titles seems to indicate that they belong to a different man. Also clearing pits G 7101 A, B, C, D, E. A not yet finished. In A, a large casing stone from G 7110 had to be broken at a depth of 3 meters and another a meter lower. In the debris among the pits, four fragments of a large royal (?) alabaster statue.

(1) Avenue G 0
G I-a, north side. Continued pushing west clearing away surface debris on north face of G I-a. Exposed about half of first big lime kiln (three of them) leaving about a meter of debris to support it.