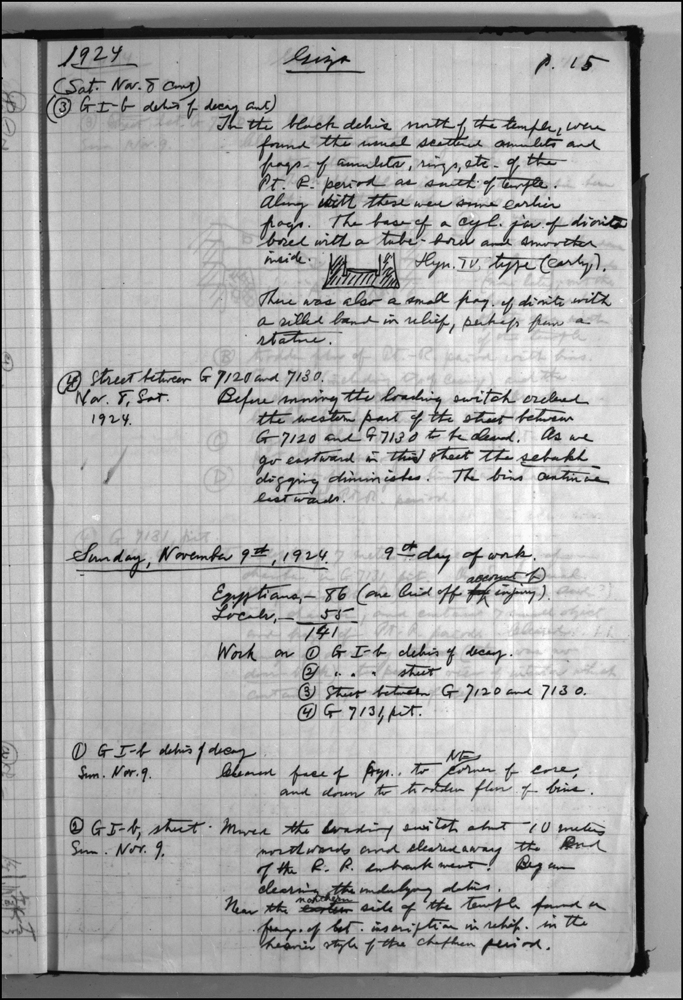 (3) G I-b (continued)
In the black debris north of the temple were found the usual scattered amulets and fragments of amulets, rings etc. of the Ptolemaic-Roman period as south of temple. Along with these were some earlier fragments. The base of a cylinder jar of diorite [24-11-246] bored with a tube-borer and smoothed inside [ILLUSTRATION]. Dynasty 4 type (early). There was also a small fragment of diorite [24-11-250] with a ribbed band in relief perhaps from a statue.

(1) G I-b
Cleared face of pyramid to northeast corner of core, and down to trodden floor of bins.

(2) Street G 7000
G I-b street. Moved the loading switch about 10 meters northwards and cleared away the end of the railroad embankment. Began clearing the underlying debris. Near the northern side of the temple found a fragment of limestone inscription in relief in the heavier style of the Khafre period.