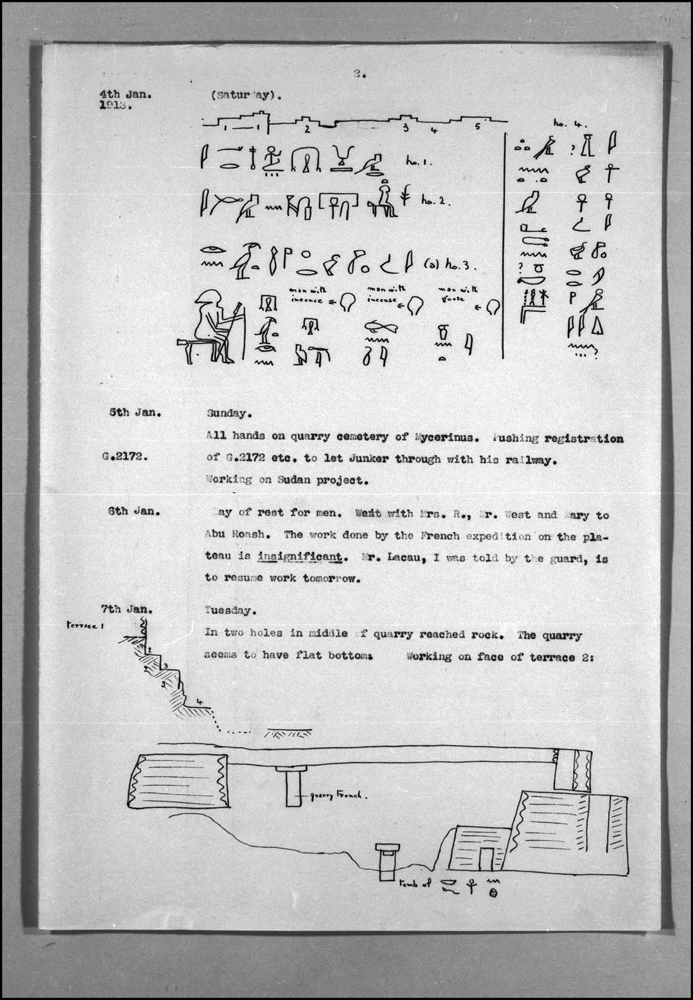 Pushing registration of G 2172 etc. to let Junker through with his railway.

Went with Mrs. Reisner, Mr. West, and Mary to Abu Roash. The work done by the French expedition on the plateau is insignificant. Mr. Lacau, I was told by the guard, is to resume work tomorrow.

[Menkaure quarry cemetery]
In two holes in middle of quarry reached rock. The quarry seems to have flat bottom:
Working on face of terrace 2:
[ILLUSTRATION]
tomb of Ankhnebef [MQ 130]