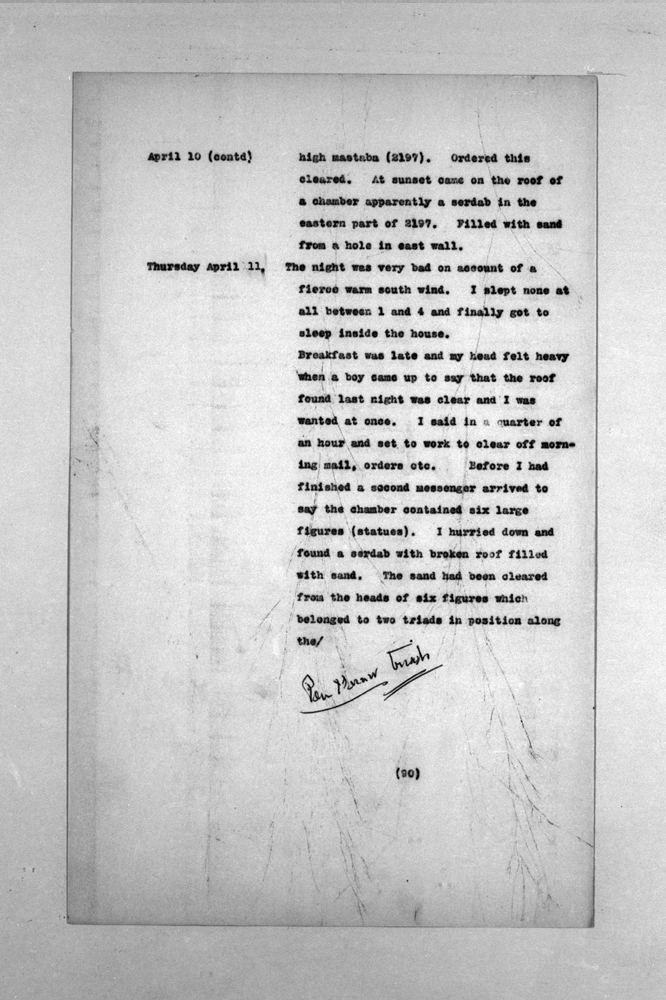 [G 2196 (continued)]
mastaba (G 2197).
Ordered this cleared. At sunset came on the roof of a chamber apparently a serdab in the eastern part of G 2197. Filled with sand from hole in east wall.

The night was very bad on account of a fierce warm south wind. I slept none at all between one and four and finally got to sleep inside the house.
Breakfast was late and my head felt heavy when a boy came up to say that the roof found last night was clear and I was wanted at once. I said in a quarter of an hour and set to work to clear off morning mail, orders, etc. Before I had finished a second messenger arrived to say the chamber contained six large figures (statues). I hurried down and found a serdab with broken roof filled with sand. The sand had been cleared from the heads of six figures which belonged to two triads [MFA 12.1484, MFA 12.1504] in position along the