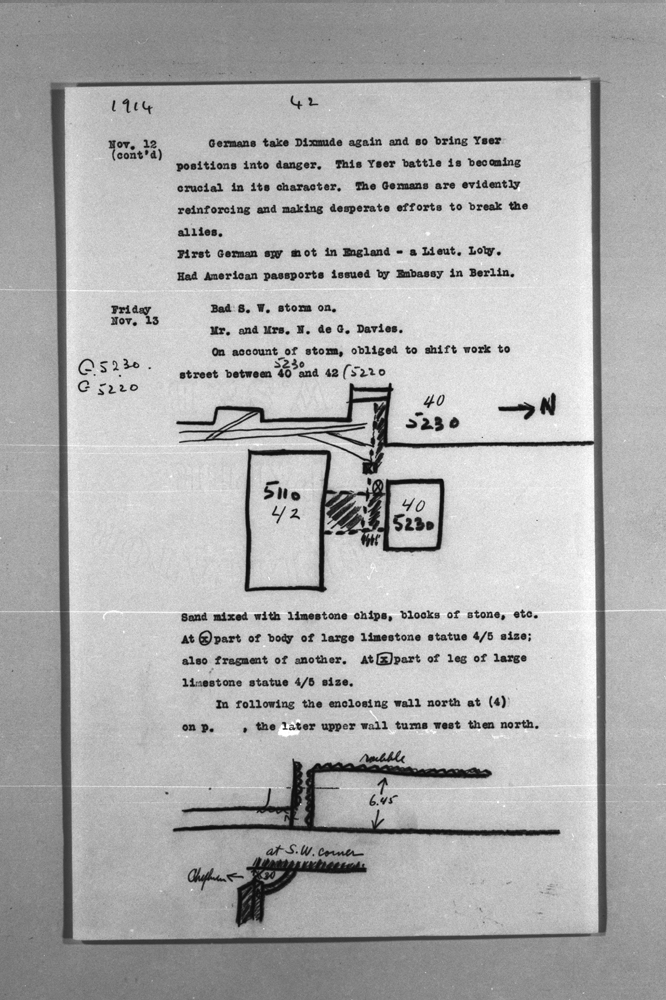 Germans take Dixmude again and so bring Yser positions into danger. This Yser battle is becoming crucial in its character. The Germans are evidently reinforcing and making desperate efforts to break the allies.
First German spy shot in England - a Lieutenant Loby. Had American passports issued by Embassy in Berlin.