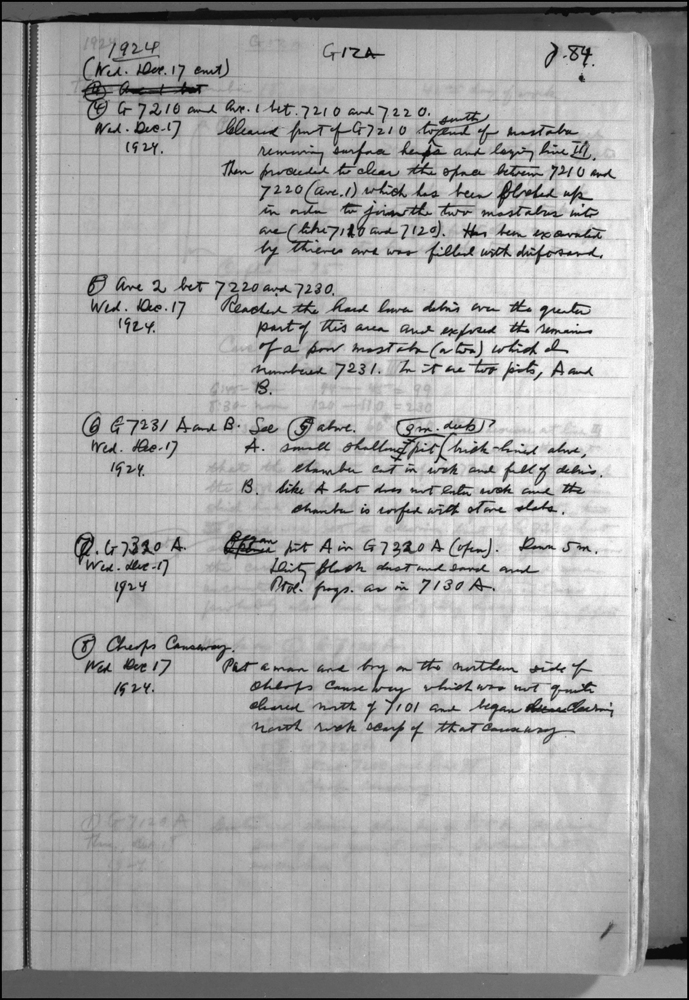 (8) Khufu causeway
Put a man and a boy on the northern side of Khufu causeway which was not quite cleared north of G 7101 and began clearing north rock scarp of that causeway.