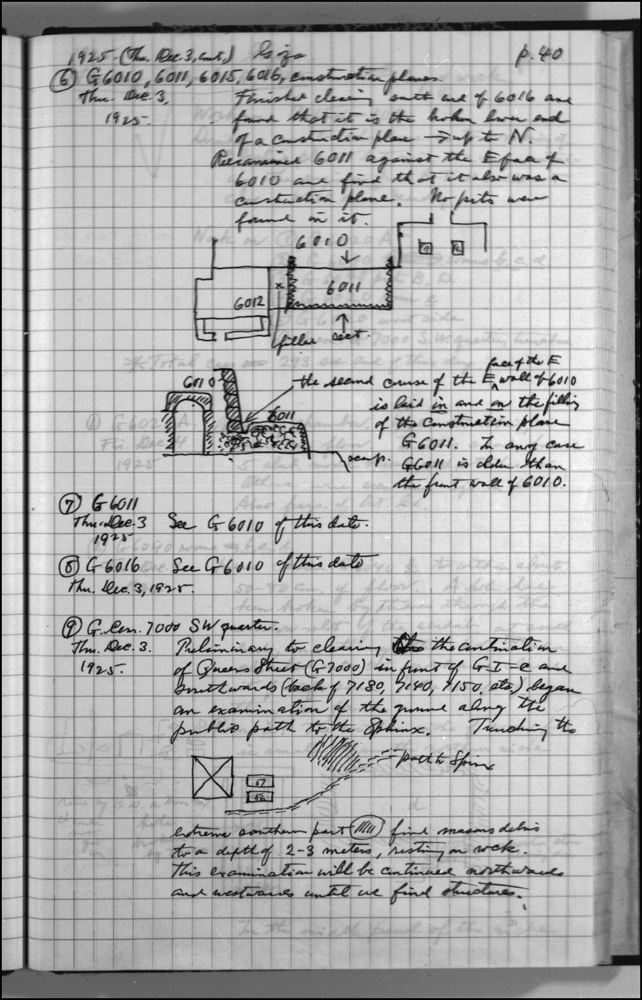 extreme southern part [ILLUSTRATION] find mason's debris to a depth of 2 - 3 meters, resting on rock. This examination will be continued northwards and westwards until we find structures.