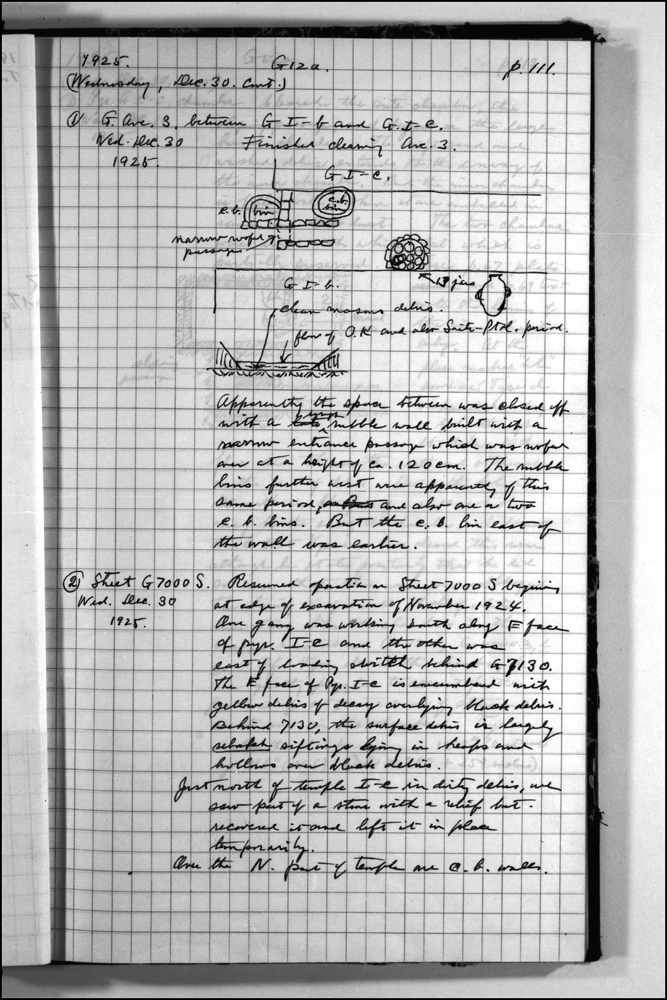 Apparently the space between was closed off with a rough rubble wall built with a narrow entrance passage which was roofed over at a height of ca. 120 cm. The rubble bins further west were apparently of this same period, and also one or two crude brick bins. But the crude brick bins east of the wall was earlier.

(2) Street G 7000 S (south)
Resumed operation on Street G 7000 south beginning at edge of excavation of November 1924. One gang was working south along east face of pyramid I-c and the other was east of loading switch behind G 7130. The east face of Pyramid I-c is encumbered with yellow debris of decay overlaying black debris. Behind G 7130, the surface debris is largely sebbakh siftings lying in heaps and hollows over black debris.
Just north of temple G I-c in dirty debris, we saw part of a stone with a relief but recovered it and left it in place temporarily.
Over the north part of temple are crude brick walls.