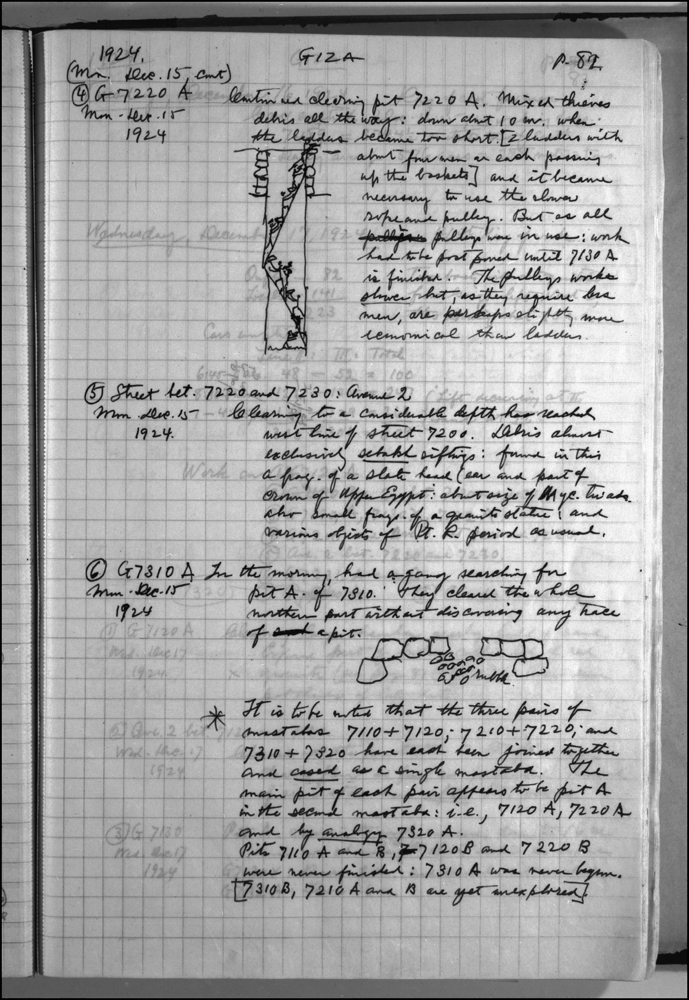 (4) G 7220
G 7220 A: Continued clearing pit G 7220 A. Mixed thieves debris all the way. [ILLUSTRATION] Down about 10 meters when the ladders became too short [two ladders with about four men on each passing up the baskets] and it became necessary to use the slower rope and pulley. But as all pulleys were in use, work has to be postponed until G 7130 A is finished. The pulleys work slower but, as they require less men, are perhaps slightly more economical than ladders.

(5) Avenue G 2
Street between G 7220 and G 7230, Avenue G 2. Clearing to a considerable depth has reached west line of street G 7200. Debris almost exclusively sebbakh siftings. Found in this a fragment of a slate head (ear and part of crown of Upper Egypt) about size of Mycerinus triads, also small fragment of a granite statue, and various objects of Ptolemaic-Roman period as usual.

(6) G 7310
In the morning had a gang searching for pit A of G 7310. They cleared the whole northern part without discovering any trace of a pit.