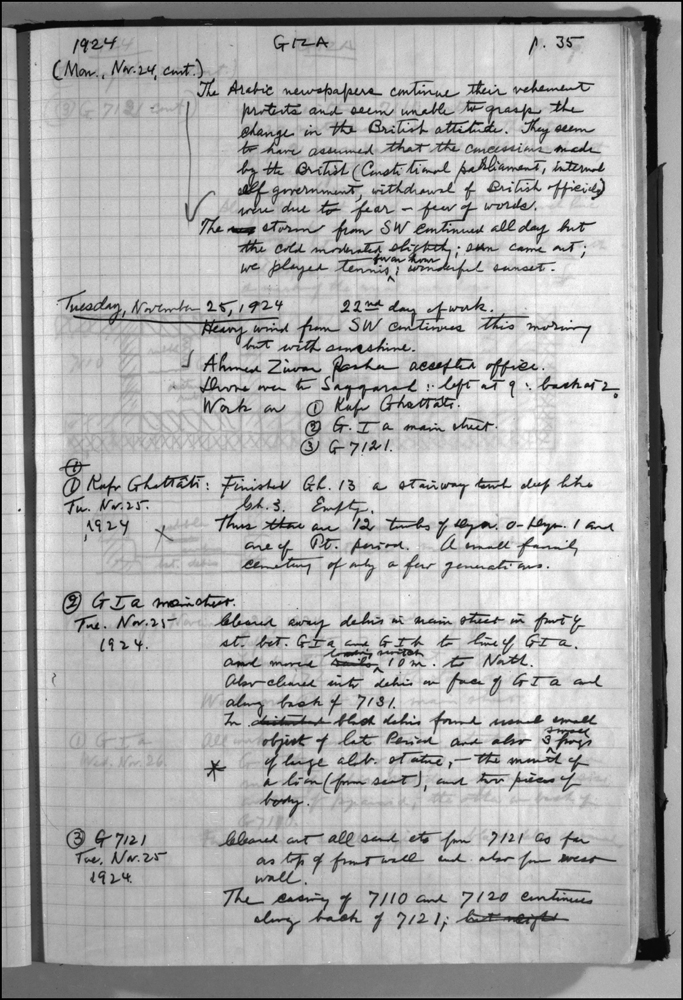 The Arabic newspapers continue their vehement protests and seem unable to grasp the change in the British attitude. They seem to have assumed that the concession made by the British (Constitutional parliament, internal self-government, withdrawal of British officials) were due to fear - fear of words.

The storm from southwest continued all day but the cold moderated slightly. Sun came out. We played tennis for an hour. Wonderful sunset.

Heavy wind from southwest continued this morning but with sunshine.
Ahmed Ziwar Pasha accepted office.
[I] drove men to Saqqara. Left at nine, back at two. [Discovery of the statue of Zoser.]

(2) Street G 7000
G I-a, main street. Cleared away debris in main street [street G 7000] in front of street between G I-a and G I-b to line of G I-a and moved loading switch 10 meters to north. Also cleared into debris on face of G I-a and along back of G 7131.
In black debris found usual small objects of late period and also three small fragments of large alabaster statue - the mouth of a lion (from seat), and two pieces of body.