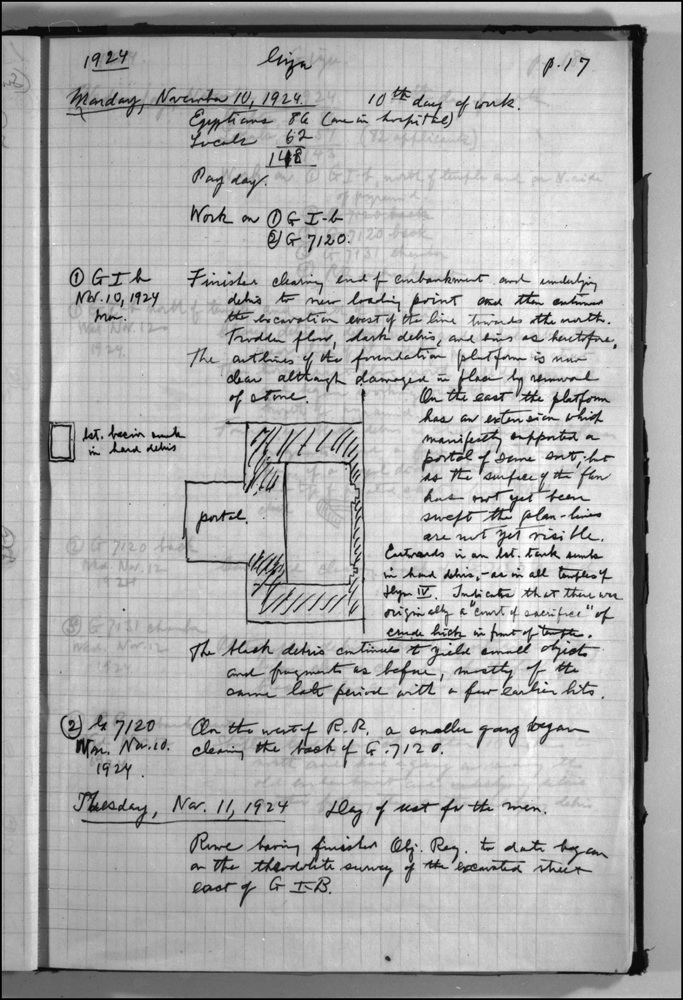 (1) G I-b
Finished clearing end of embankment and underlying debris to new loading point and then continued the excavation west of the line towards the north. Trodden floor, dark debris, and bins as heretofore. The outlines of the foundation platform is now clear although damaged in place by removal of stone.
[ILLUSTRATION]
On the east the platform has an extension which manifestly supported a portal of some sort, but as the surface of the floor has not yet been swept the plan - lines are not yet visible. Eastwards is an limestone tank sunk in hard debris, as in all temples of Dynasty 4. Indicates that there was originally a "court of sacrifice" of crude brick in front of temples. The black debris continues to yield small objects and fragments as before, mostly of the same late period with a few earlier bits.

Rowe having finished Object Register to date began on the theodolite survey of the excavated street east of G I-b.