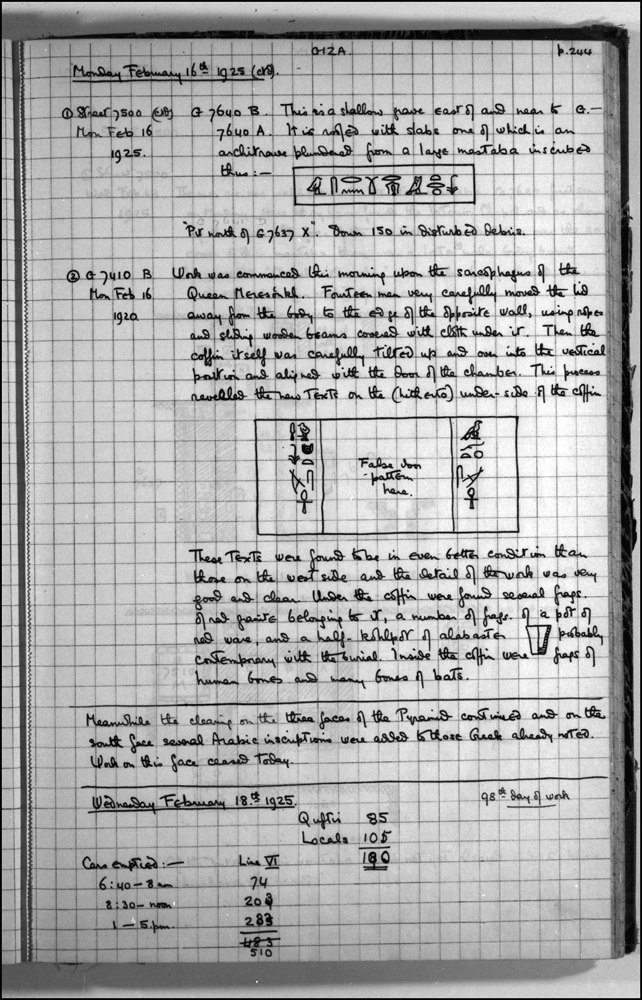 (2) G 7410
G 7410 B: Work was commenced this morning upon the sarcophagus [MFA 27.441] of the Queen Meresankh. Fourteen men very carefully moved the lid away from the body to the edge of the opposite wall, using ropes and sliding wooden beams covered with cloth under it. Then the coffin itself was carefully tilted up and over into the vertical position and aligned with the door of the chamber. This process revealed the new texts on the (hitherto) underside of the coffin

These texts were found to be in even better condition than those on the west side and the detail of the work was very good and clear. Under the coffin were found several fragments of red granite belonging to it, a number of fragments of a pot of red ware, and a half-kohl pot of alabaster. [ILLUSTRATION] probably contemporary with the burial. Inside the coffin were fragments of human bones and many bones of bats.

Meanwhile the clearing on the three faces of the Pyramid continued and on the south face several Arabic inscriptions were added to those Greek already noted. Work on this face ceased today.