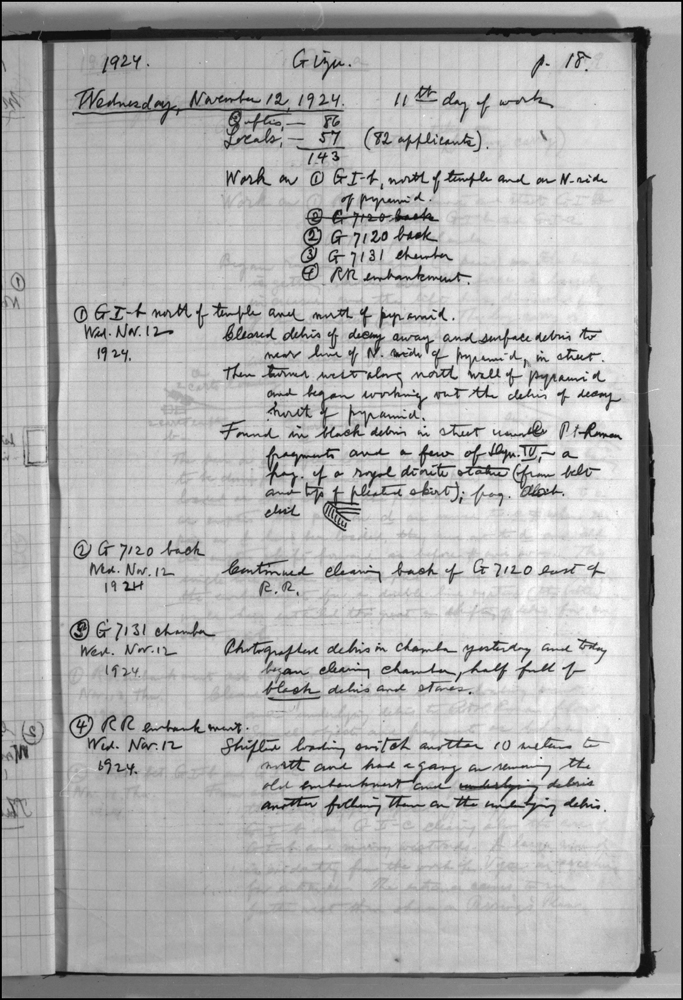 (1) G I-b north of temple and north of pyramid
Cleared debris of decay away and surface debris to near line of north side of pyramid, in street. Then turned west along north wall of pyramid and began working out the debris of decay north of pyramid. Found in black debris in street usual Ptolemaic-Roman fragments and a few of Dynasty 4, a fragment of a royal diorite statue (from belt and tops of pleated skirt), fragment alabaster dish [ILLUSTRATION].

(4) Railroad embankment
Shifted loading switch another 10 meters to north and had a gang on removing the old embankment and another following them on the underlying debris.