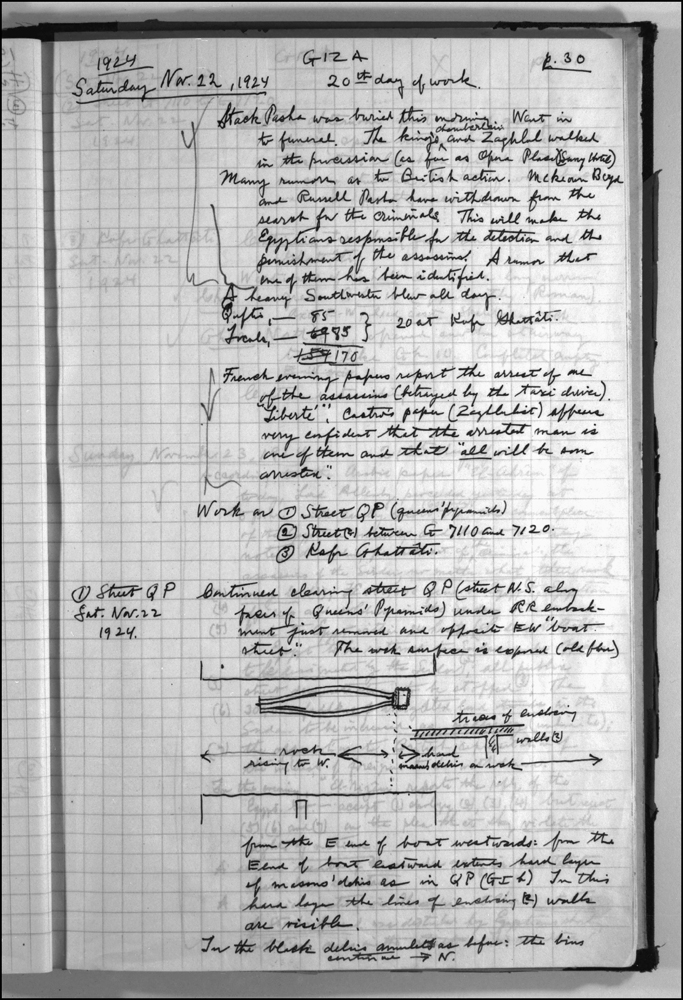 Stack Pasha was buried this morning. Went in to funeral. The King's chamberlain and Zaghlul walked in the procession [a certain distance] (as far as Opera Place?) (Suny Hotel).
Many rumors as to British action. Mckeown Boyd and Russell Pasha have withdrawn from the search for the criminals. This will make the Egyptians responsible for the detection and punishment of the assassins. A rumor that one of the [latter] has been identified.
French evening papers report the arrest of one of the assassins (betrayed by the taxi driver). "Liberte", Castro's paper (Zaghlulist) appears very confident that the arrested man is one of the [gang] and that "all will be soon arrested."

A heavy southwestern blew all day.

(1) Street G 7000
Continued clearing street QP (street north-south along faces of Queen's Pyramids) under railroad embankment just removed and opposite east-west "boat street". The rock surface is explored (old floor) [ILLUSTRATION]
from the east end of boat westwards. From the east end of boat eastward extends hard layer of mason's debris as in QP (G I-b). In this hard layer the lines of enclosing (?) walls are visible.
In black debris amulets as before. The bins continue [ARROW] north.