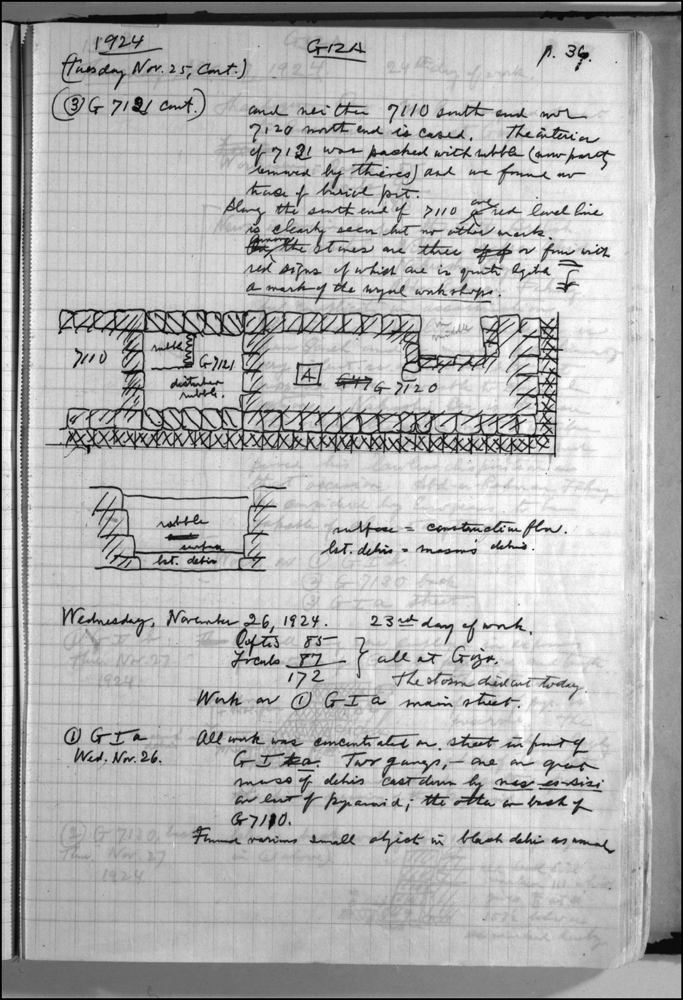 (3) G 7121 (continued)
and neither G 7110 south end nor G 7120 north end is cased. The interior of G 7121 was packed with rubble (now partly removed by thieves) and we found no trace of burial pit.
Along the south end of G 7110 one red level line is clearly seen but no other mark. Around the stones are three or four with red signs of which one is quite legible [ILLUSTRATION] a mark of the royal workshops .
[ILLUSTRATION]

The storm died out today.

(1) Street G 7000
G I-a, main street. All work was concentrated on street in front of G I-a [street G 7000]. Two gangs: one on great mass of debris cast down by nas-es-sisi on east of pyramid; the other on back of G 7110.
Found various small objects in black debris as usual.