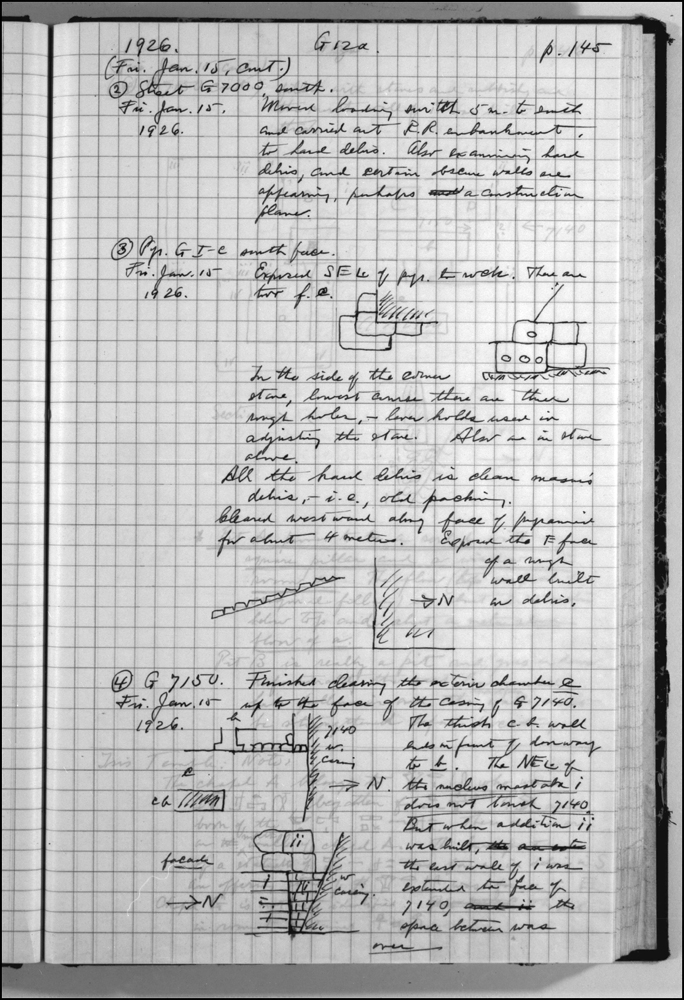 (3) Pyramid G I-c (south face)
Exposed southeast corner of pyramid to rock. There are two f. c. [= foundation course]
[ILLUSTRATION]
In the side of the corner stone, lowest course there are three rough holes, lever holds used in adjusting the stone. Also one in stone above.
All the hard debris is clean masons' debris, i. e. old packing.
Cleared westward along face of pyramid for about 4 meters. Exposed the east face of a rough wall built on debris.
[ILLUSTRATION]

(4) G 7150
Finished clearing the exterior chamber e up to the face of the casing of G 7140. The thick crude brick wall ends in front of doorway to b. The northeast corner of the nucleus mastaba i does not touch G 7140. But when addition ii was built, the east wall of i was extended to face of G 7140, the space between was
[ILLUSTRATION]