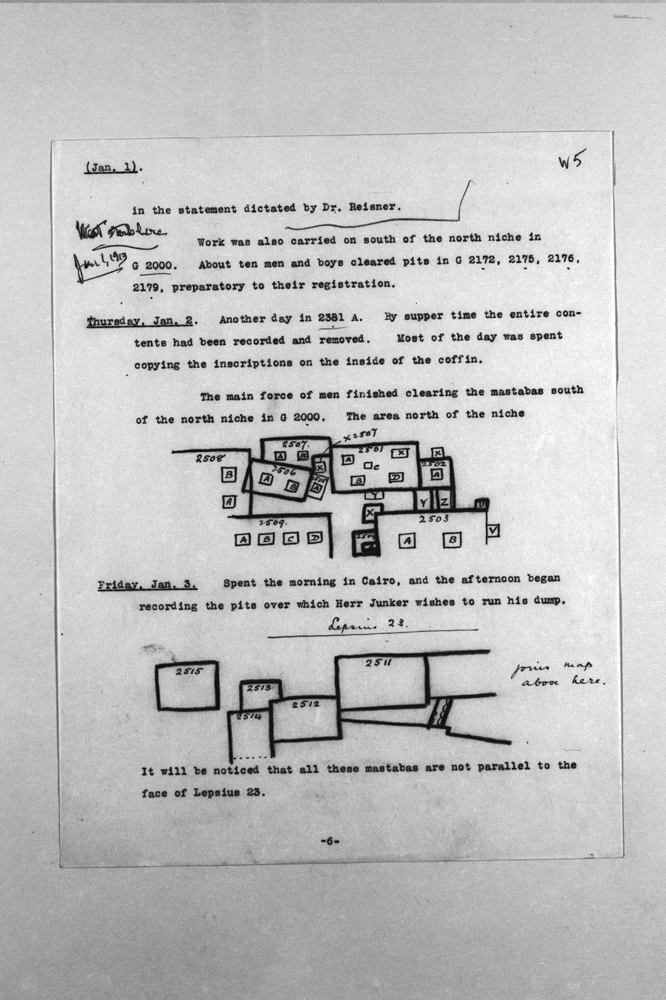 Another day in G 2381 A. By supper time the entire contents had been recorded and removed. Most of the day was spent copying the inscriptions on the inside of the coffin.

The main force of men finished clearing the mastabas south of the north niche in G 2000. The area north of the niche

Spent the morning in Cairo, and the afternoon began recording the pits over which Herr Junker wishes to run his dump.

It will be notices that all these mastabas are not parallel to the face of Lepsius 23 [= G 2000].