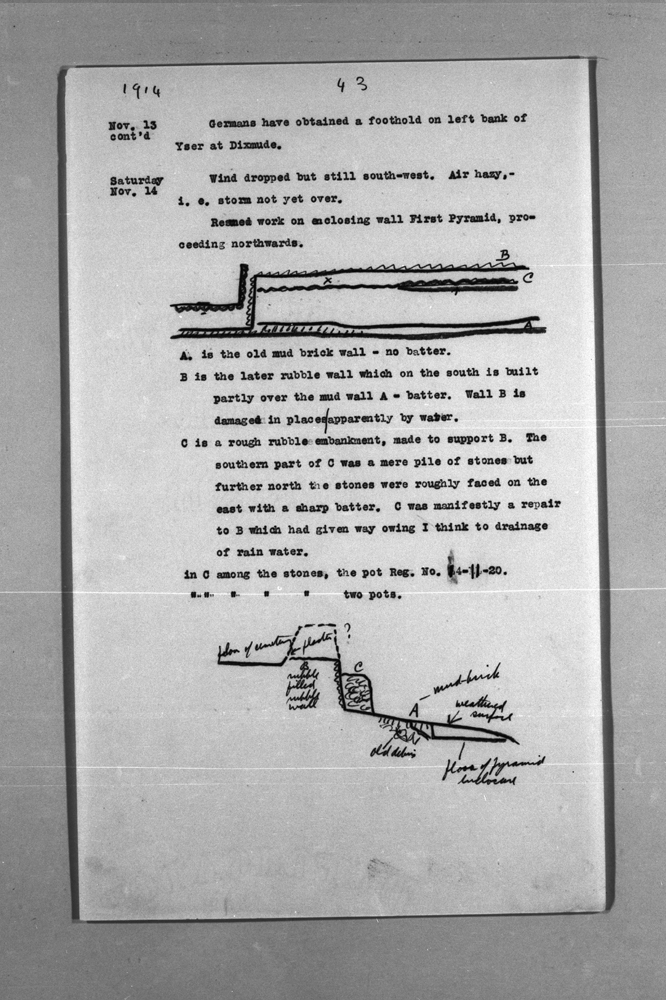 Germans have obtained a foothold on left bank of Yser at Dixmude.

Wind dropped but still southwest. Air hazy - i.e., storm not yet over.

A is the old mud brick wall - no batter.
B is the later rubble wall which on the south is built partly over the mud wall A - batter. Wall B is damaged in places apparently by water.
C is a rough rubble embankment, made to support B. The southern part of C was a mere pile of stone but further north the stones were roughly faced on the east with a sharp batter. C was manifestly a repair to B which had given way owing I think to drainage of rain water.
in C among the stones, the pot Reg. No. 14-11-20.
in C among the stones, two pots.