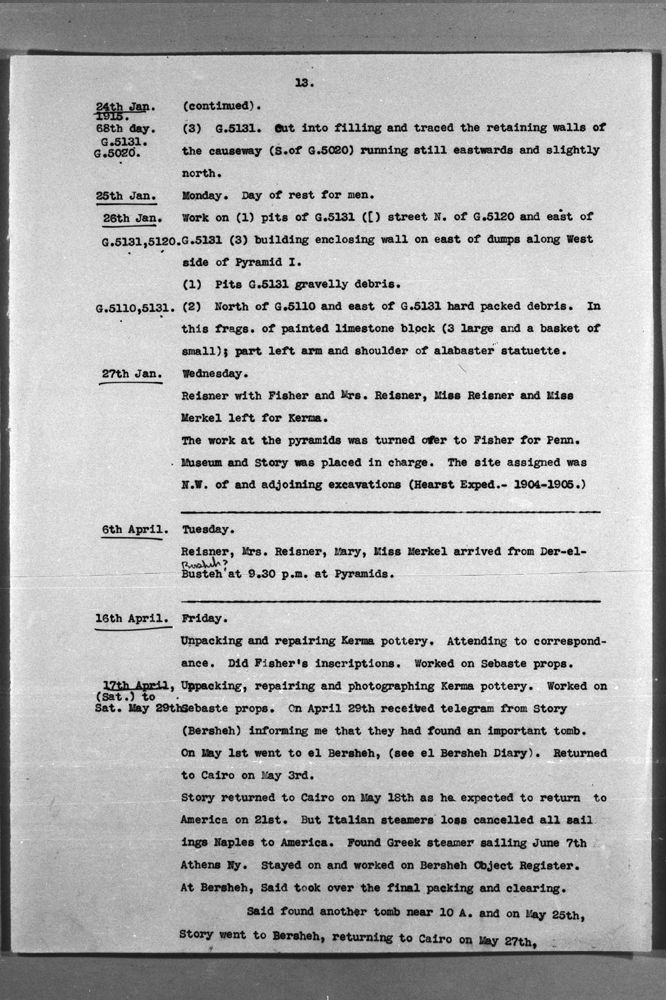 Day of rest for men.

Reisner with Fisher and Mrs. Reisner, Miss. Reisner and Miss. Merkel left for Kerma.
The work at the pyramids was turned over to Fisher for Penn. Museum and Story was placed in charge. The site assigned was northwest of and adjoining excavations (Hearst Expedition 1904-1905).

Unpacking, repairing and photographing Kerma pottery. Worked on Sebaste props. On April 29 received telegram from Story (Bersheh) informing me that they had found an important tomb. On May 1 went to el Bersheh, (see el Bersheh Diary). Returned to Cairo on May 3.
Story returned to Cairo on May 18 as he expected to return to America on 21st, but Italian steamers loss cancelled all sailings Naples to America. Found Greek steamer sailing June 7 Athens to New York. Stayed on and worked on Bersheh Object Register. At Bersheh, Said took over the final packing and clearing.
Said found another tomb near 10A and on May 25, Story went to Bersheh, returning to Cairo on May 27.