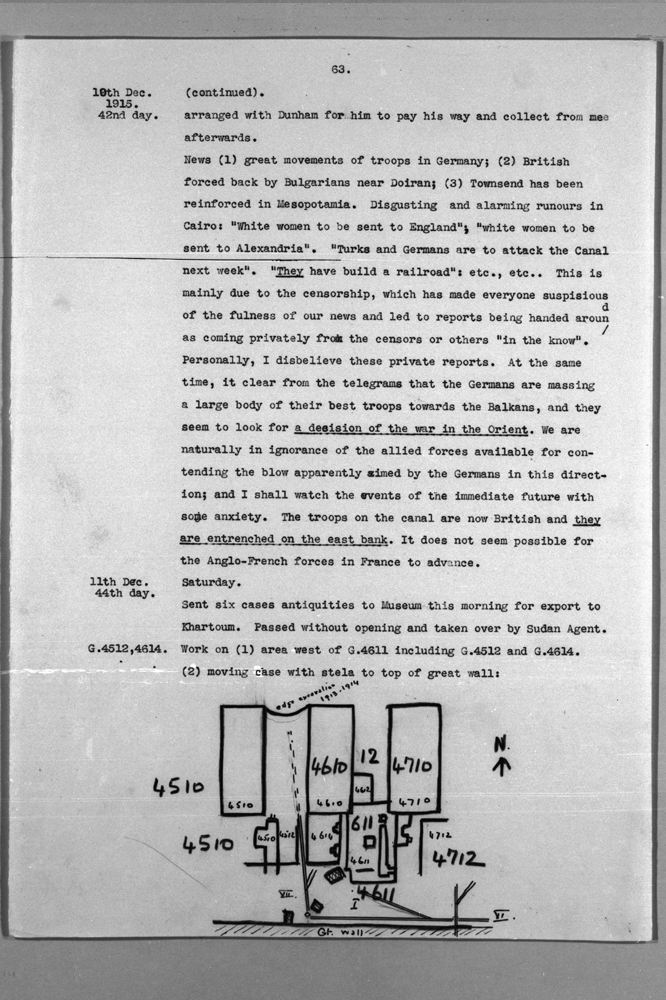 Arranged with Dunham for him to pay his way and collect from me afterwards.

News (1) great movements of troops in Germany; (2) British forced back by Bulgarians near Doiran; (3) Townsend has been reinforced in Mesopotamia. Disgusting and alarming rumors in Cairo: "White women to be sent to England." "White women to be sent to Alexandria." "Turks and Germans to attack the Canal next week." "They have built a railroad," etc., etc. This is mainly due to the censorship, which has made everyone suspicious of the fullness of our news and led to reports being handed around as coming privately from the censors or others "in the know". Personally, I disbelieve these private reports. At the same time, it is clear from the telegrams that the Germans are massing a large body of their best troops towards the Balkans, and they seems to look for a decision of the war in the Orient. We are naturally in ignorance of the allied forces available for contending the blow apparently aimed by the Germans in this direction; and I shall watch the events of the immediate future with some anxiety. The troops on the canal are now British and they are entrenched on the east bank.
It does not seems possible for the Anglo-French forces in France to advance.

Sent six cases antiquities to Museum this morning for export to Khartoum. Passed without opening and taken over by Sudan Agent.