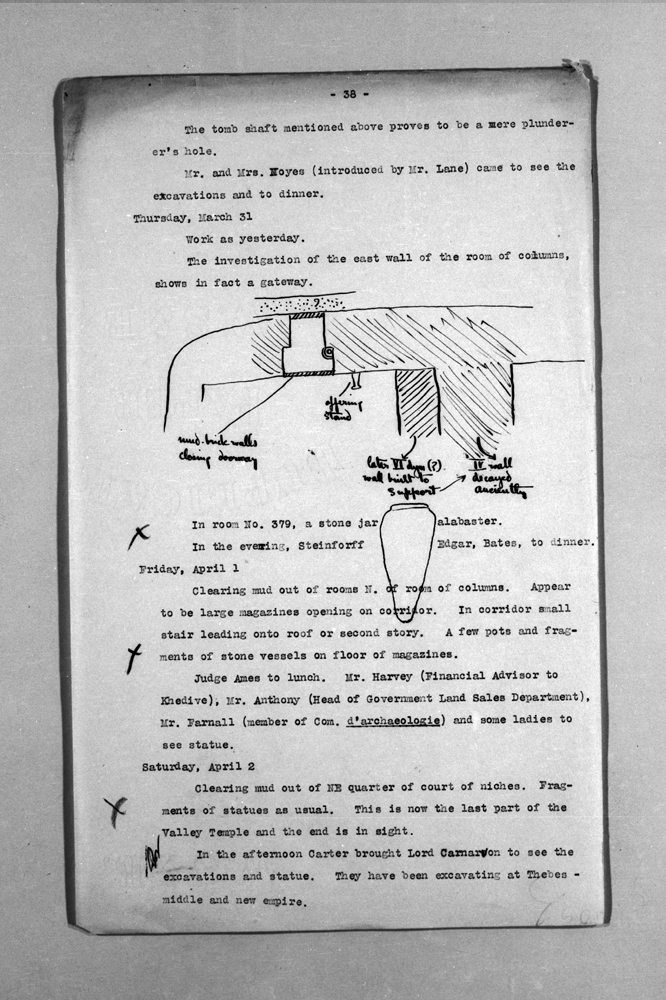 The tomb shaft mentioned above proves to be a mere plunderer's hole.

Mr. and Mrs. Noyes (introduced by Mr. Lane) came to see the excavations and to dinner.

Work as yesterday.
The investigation of the east wall of the room of columns, shows in fact a gateway.
[ILLUSTRATION]
In room No. 379, a stone jar [MFA 11.455] [ILLUSTRATION] alabaster.

In the evening, Steindorff, Edgar, Bates, to dinner.

Clearing mud out of rooms north of room of columns. Appear to be large magazines opening on corridor. In corridor small stair leading onto roof or second story. A few pots and fragments of stone vessels on floor of magazines.

Clearing mud out of northeast quarter of court of niches. Fragments of statues as usual. This is now the last part of the valley temple and the end is in sight.

In the afternoon Carter brought Lord Carnarvon to see the excavations and statue. They have been excavating at Thebes - Middle and New Kingdom.