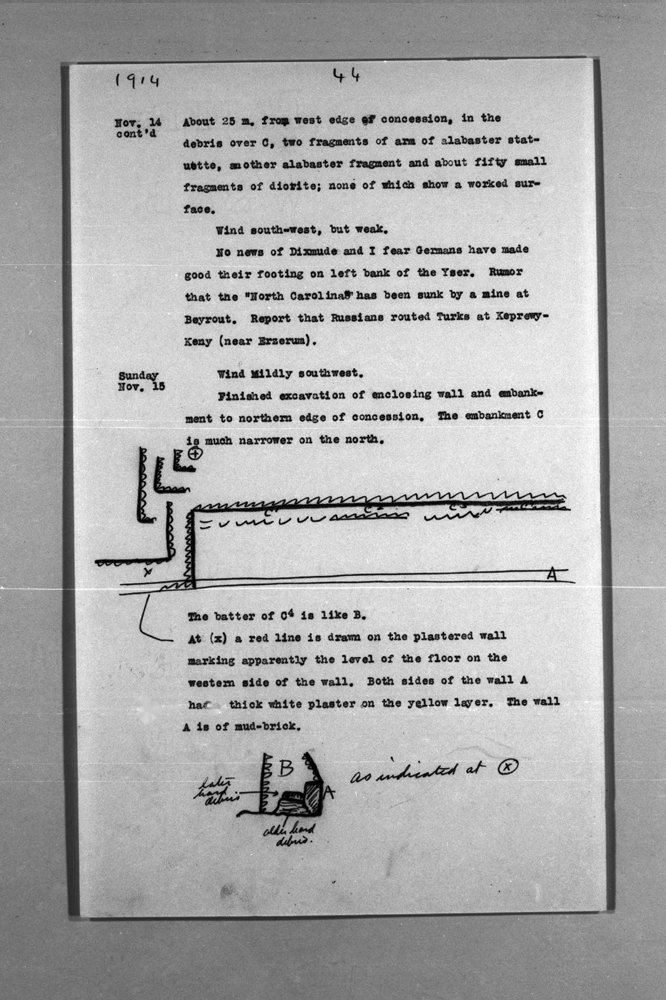 About 25 meters from west edge of concession, in the debris over C, two fragments of arm of alabaster statuette, another alabaster fragment and about fifty small fragments of diorite, none of which show a worked surface.

No news of Dixmude and I fear Germans have made good their footing on left bank of the Yser. Rumor that the "North Carolina" has been sunk by a mine at Beyrout. Report that Russians routed Turks at Keprewy-Keny (near Erzerum).

Finished excavation of enclosing wall and embankment to northern edge of concession. The embankment C is much narrower on the north.

The batter of C4 is like B.
At (x) a red line is drawn on the plastered wall marking apparently the level of the floor on the western side of the wall. Both sides of the wall A had a thick white plaster on the yellow layer. The wall A is of mud brick.