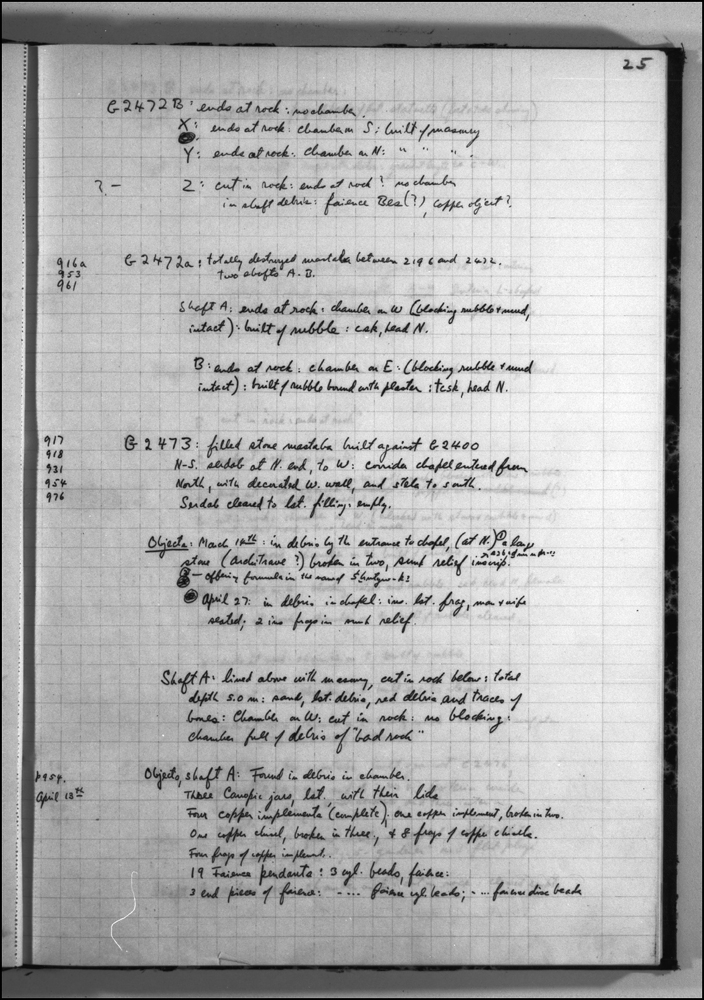 Shaft A [G 2472a A]: Ends at rock. Chamber on west (blocking rubble and mud, intact), built of rubble. Contracted skeleton, head north.

Shaft A [G 2473 A]: Lined above with masonry, cut in rock below. Total depth 5 meters. Sand, limestone debris, red debris and traces of bones. Chamber on west, cut in rock. No blocking. Chamber full of debris of "bad rock".