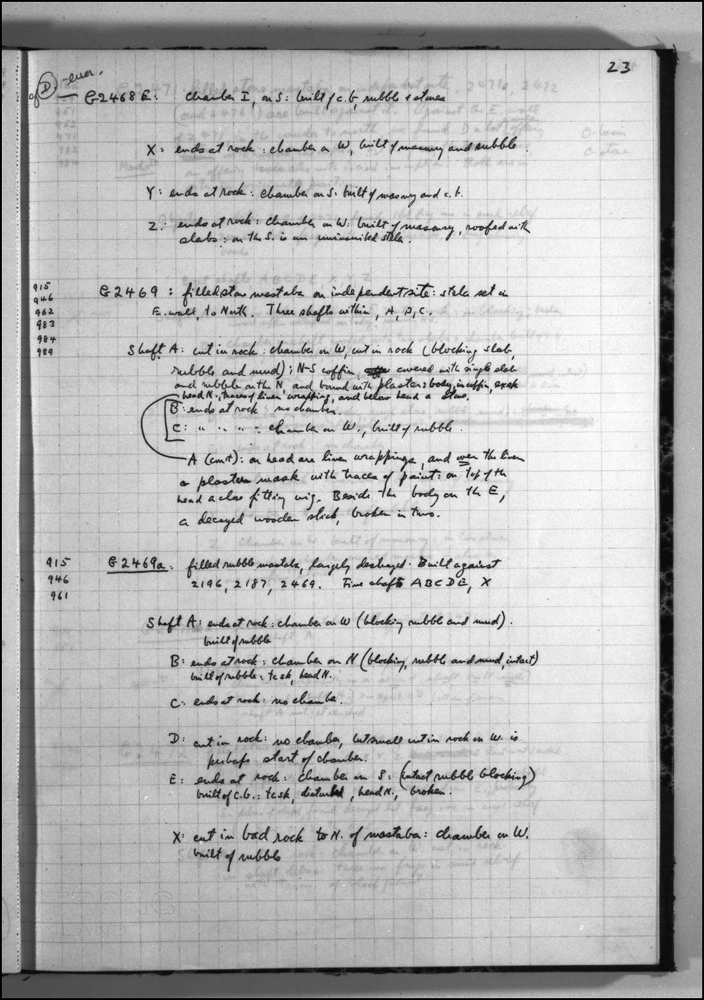 G 2468 E: Chamber I on south, built of crude brick rubble and stones.

Shaft Z [G 2468 Z]: Ends at rock. Chamber on west, built of masonry, roofed with slabs. On the south is an uninscribed stele.

Shaft A [G 2469 A]: Cut in rock. Chamber on west, cut in rock (blocking slab, rubble and mud ). North-south coffin covered with single slab and rubble on the north, and bound with plaster. Body in coffin, extended skeleton head north, traces of linen wrapping, and below head a stone.

Shaft A [G 2469 A] (continued): On head are linen wrappings, and over the linen a plaster mask with traces of paint. On top of the head a close fitting wig. Beside the body on the east, a decayed wooden stick broken in two.

Shaft D [G 2469a D]: Cut in rock. No chamber, but small cut in rock on west is perhaps start of chamber.