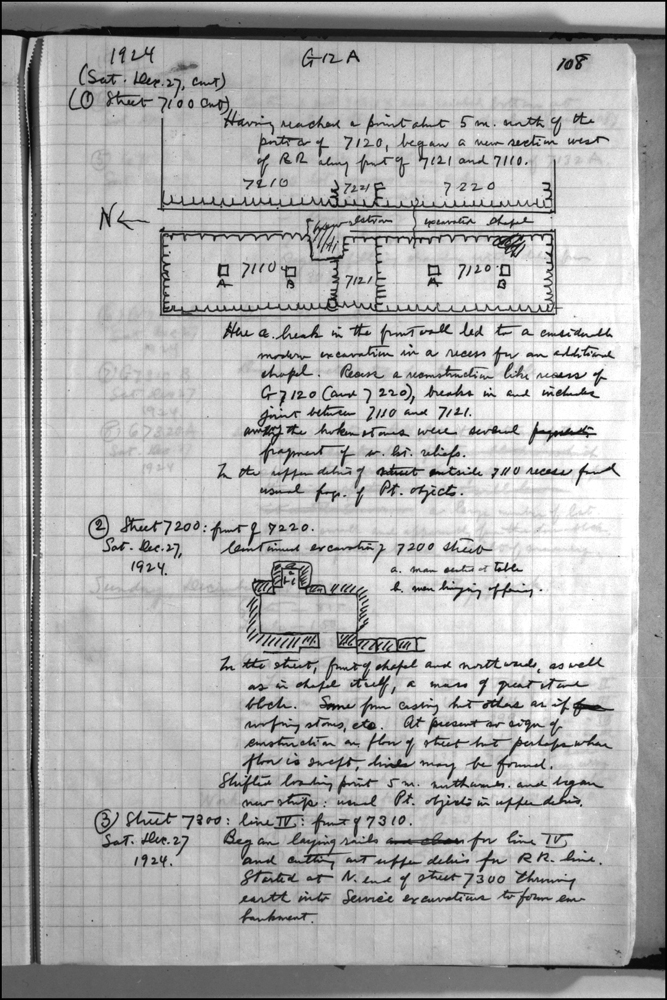 Here a break in the front wall led to a considerable modern excavation in a recess for an additional chapel. Recess a reconstruction like recess of G 7120 (and G 7220), breaks in and includes joint between G 7110 and G 7121. Along the broken stones were several fragments of white limestone reliefs. In the upper debris of street outside G 7110 recess found usual fragment of Ptolemaic objects.

In the street, front of chapel and northwards, as well as in chapel itself, a mass of great stone block. Some from casing but others as if roofing stones, etc. At present no sign of construction on floor of street but perhaps when floor is swept, lines may be formed.
Shifted loading point 5 meters northwards and began new strip. Usual Ptolemaic objects in upper debris.