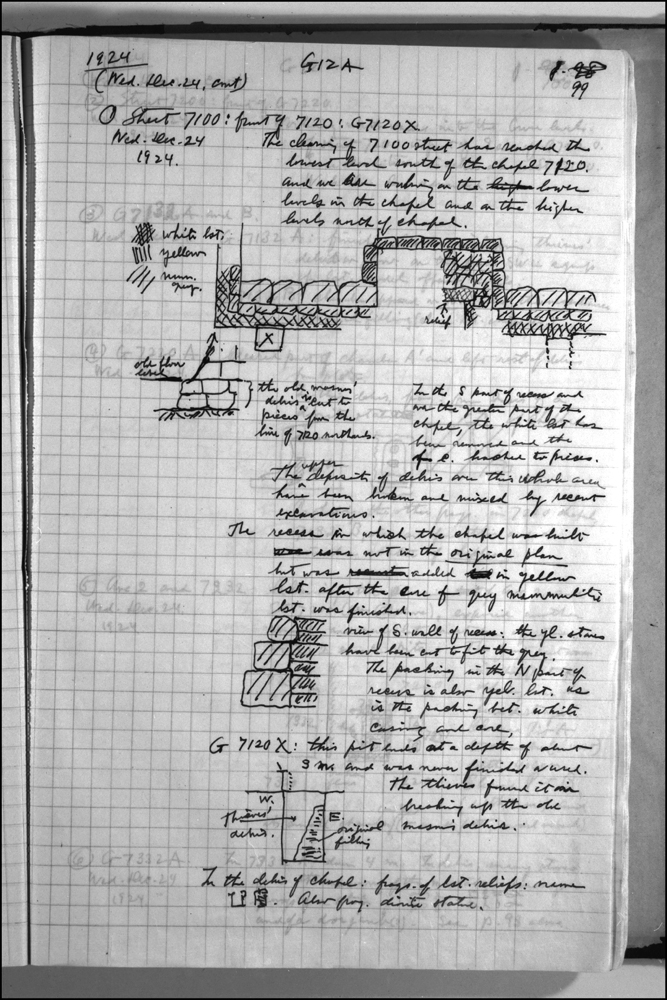 [ILLUSTRATION]
In the south part of recess and the great part of the chapel, the white limestone has been removed and the foundation course hacked to pieces. The upper deposits of debris over this whole area have been broken and mixed by recent excavations.
The recess in which the chapel was built was not in the original plan but was added in yellow limestone after the core of gray nummulitic limestone was finished. [ILLUSTRATION] View of south wall of recess. The yellow stones have been cut to fit the gray. The packing the north part of recess is also yellow limestone as is the packing between white casing and core.
G 7120 X: This pit ends at a depth of about 3 meters and was never finished or used. [ILLUSTRATION] The thieves found it in breaking up the old mason's debris.
In the debris of chapel, fragments of limestone relief-name [GLYPHS], also fragments of diorite statue.