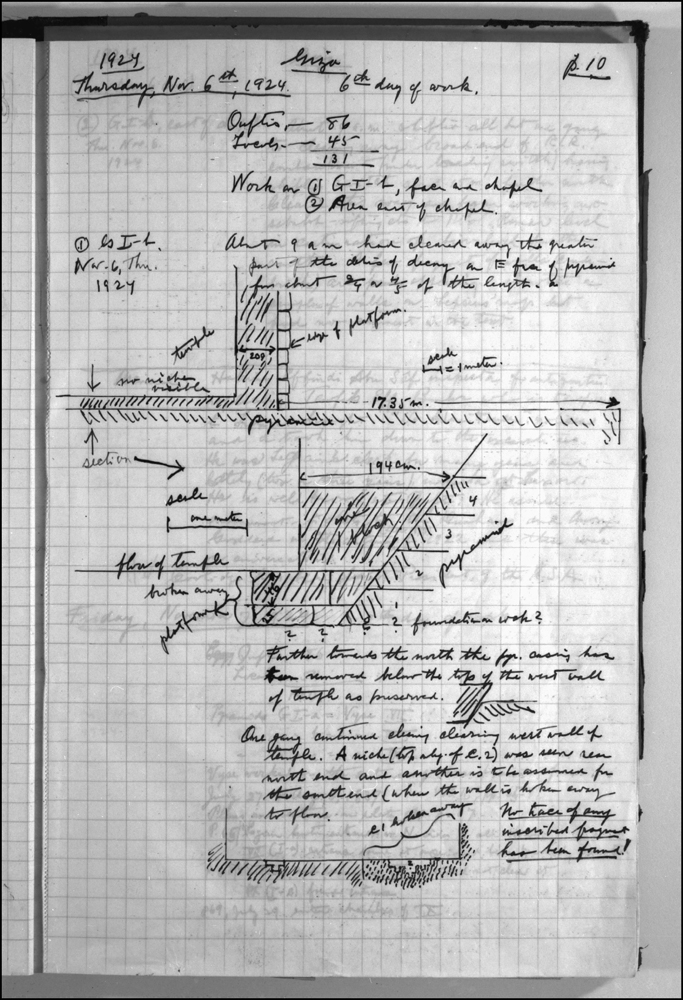 [Hakim Effendi Abu Seif, Inspector of Antiquities, replacing Tewfik Effendi Boulos, who is transferred to Luxor, brought "No Admittance" notices and I took him down to the excavations. He was Legrain's clerk for many years and lately (two or three years) inspector at Luxor. He is well know at Quft. He issued monument tickets to the Dunhams and Amory Goddard in the autumn of 1922 (December 1819), and there was a conversation.
Coolidge has been elected PRESIDENT of the U.S.A.]

(1) G I-b
About 9 a.m. had cleared away the greater part of the debris of decay on east face of pyramid from about three-quarters or four-fifths of the length.

Further towards the north the pyramid casing has been removed below the top of the west wall of temple as preserved [ILLUSTRATION].
One gang continued clearing west wall of temple. A niche (top obj. of C. 2) was seen near north end and another is to be assumed for the south end (when the wall is broken away to floor.
[ILLUSTRATION]
No trace of any inscribed fragment has been found!