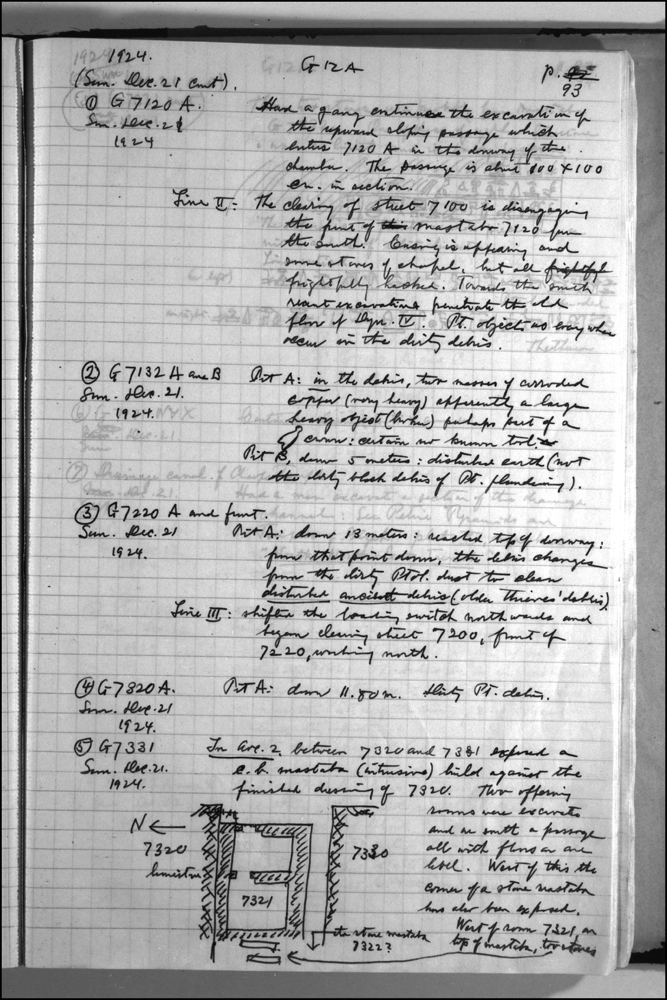 (1) G 7120 and Street G 7100
G 7120 A: Had a gang continue the excavation of the upward sloping passage which enters G 7120 A in the doorway of the chamber. The passage is about 100 x 100 cm in section.
Line II: The clearing of street G 7100 is disengaging the front of the mastaba G 7120 from the south. Casing is appearing and some stone of chapel, but all frightfully hacked. Towards the south recent excavating penetrates the old floor of the Dynasty 4. Ptolemaic objects as everywhere occur in the dirty debris.

Two offering rooms were excavated and on south a passage all with floors on one level. West of this the corner of a stone mastaba has also been exposed. West of room [G 7331] on top of mastaba [G 7332 = G 7333], two stones.