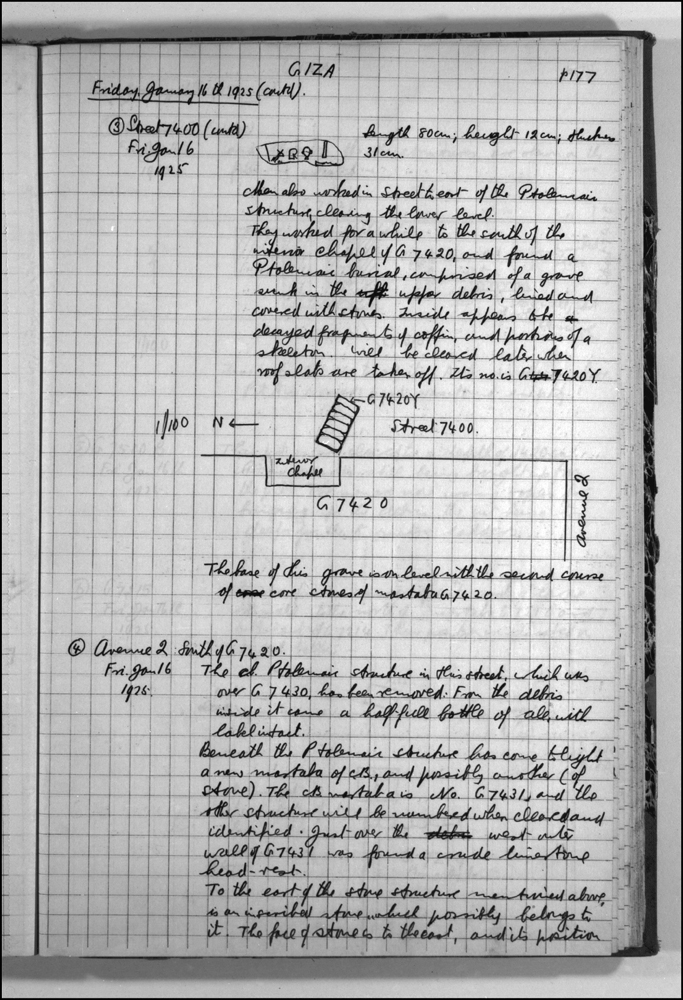 Men also worked in street to east of the Ptolemaic structure, clearing the lower level.
They worked for a while to the south of the interior chapel of G 7420, and found a Ptolemaic burial, comprised of a grave sunk in the upper debris, buried and covered with stones. Inside appears to be decayed fragments of coffin, and portions of a skeleton. Will be cleared later when roof slabs are taken off. Its No. is G 7420 Y.

The base of this grave is on level with the second course of core stones of mastaba G 7420.

(4) Avenue G 2 and G 7431
Avenue G 2: south of G 7420.
The crude brick Ptolemaic structure in this street, which was over G 7430, has been removed. From the debris inside it came a half-full bottle of ale with label intact.
Beneath the Ptolemaic structure has come to light a new mastaba of crude brick and possibly another (of stone). The crude brick mastaba is No. G 7431 and the other structure will be numbered when cleared and identified. Just over the west outer wall of G 7431 was found a crude limestone head-rest.
To the east of the stone structure mentioned above, is an inscribed stone which possibly belongs to it. The face of stone is to the east, and its position