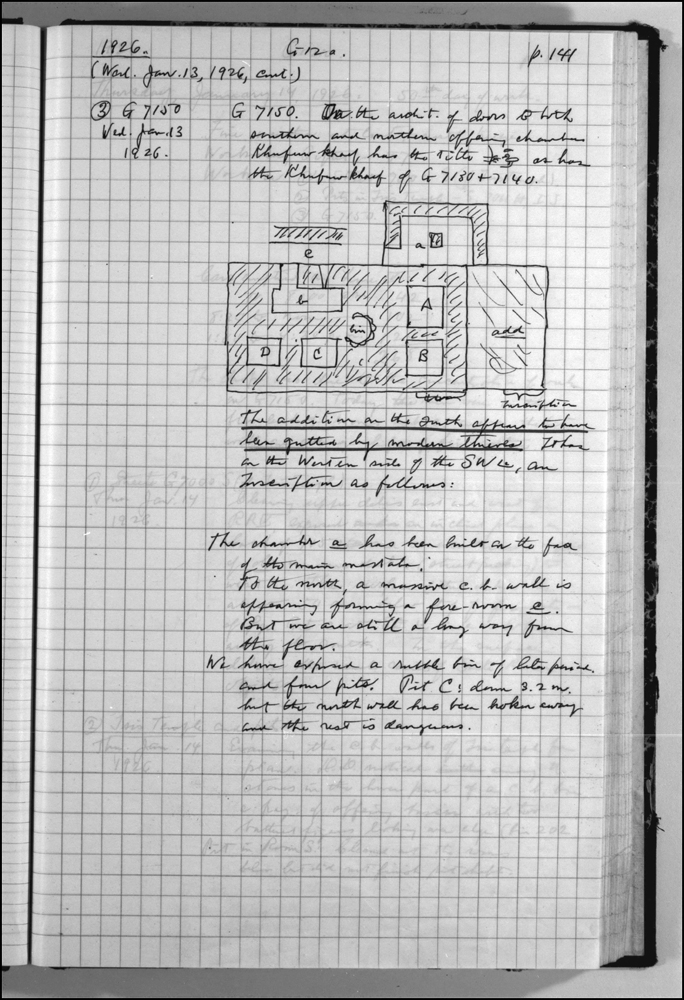 The chamber a has been built on the face of the main mastaba.
To the north, a massive crude brick wall is appearing forming a fore-room c. But are still a long way from the floor.
We have exposed a rubble bin of later period and four pits.
G 7150 C: Down 3.2 meters but the north wall has been broken away and the rest is dangerous.