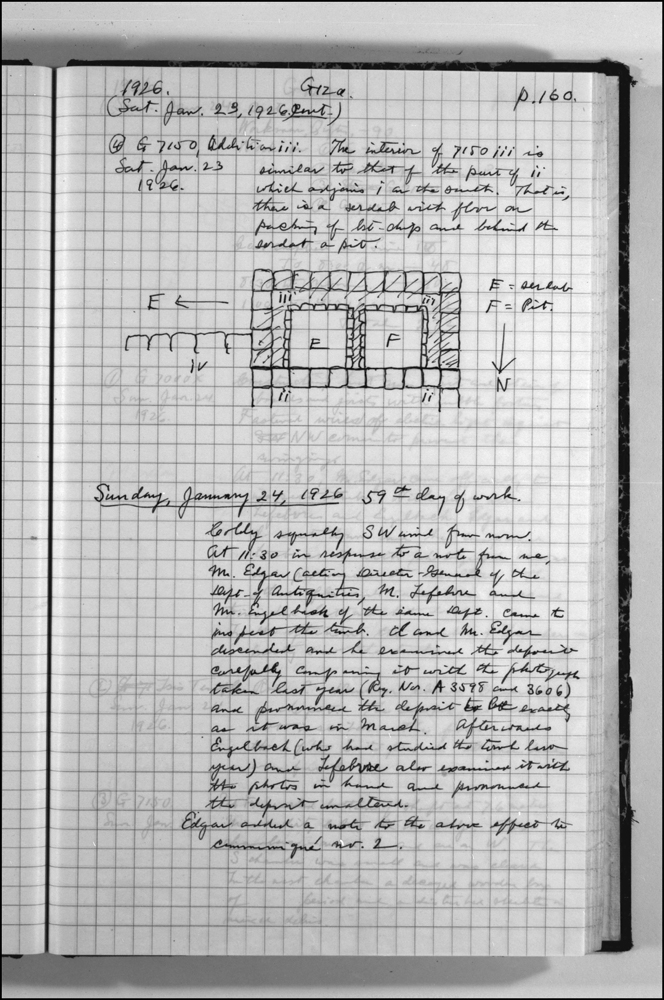 (4) G 7150
Addition iii: The interior of G 7150 iii is similar to that of the part of ii which adjoins i on the south. That is, there is a serdab with floor on packing of limestone dump and behind the serdab a pit.
[ILLUSTRATION]

At 11:30 in response to a note from me, Mr. Edgar (acting Director General of the Department of Antiquities), M. Lefebre and Mr. Engelbach of the same Department came to inspect the tomb. I and Mr. Edgar descended and he examined the deposit carefully comparing it with the photograph taken last year (Reg. No. A3598 and A3606) and pronounced the deposit to be exactly as it was in March. Afterwards Engelbach (who had studied the tomb last year) and Lefebre also examined it with the photos in hand and pronounced the deposit unaltered.
Edgar added a note to the above effect to communique number 2.