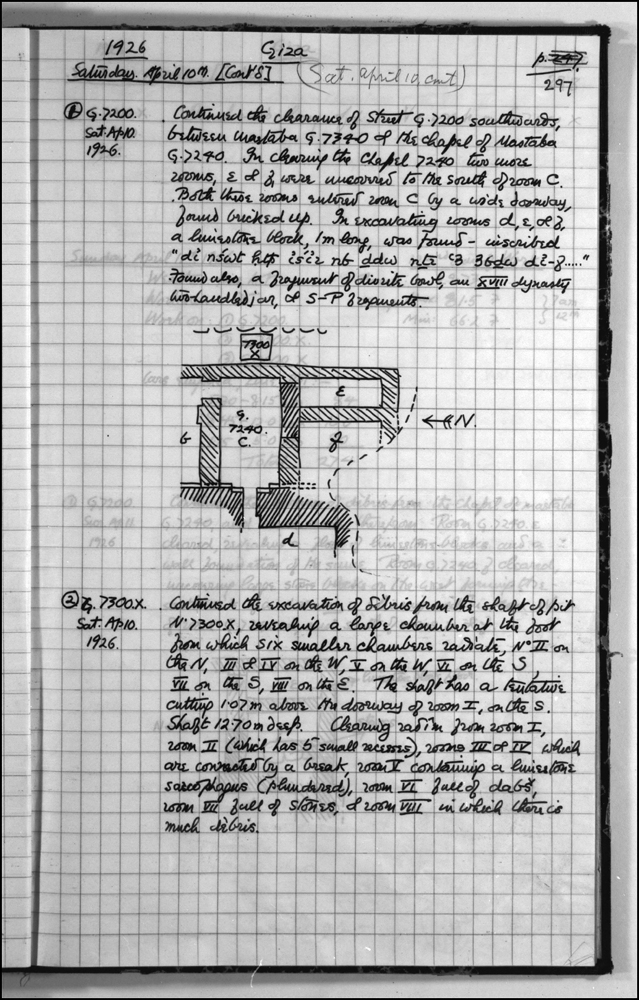 (2) G 7300 X
Continued the excavation of debris from the shaft of pit No. G 7300 X, revealing a large chamber at the foot from which six smaller chambers radiate No. II on the north III and IV on the west, V on the west, VI and VII on the south. The shaft has a tentative cutting 11.07 meters above the doorway of room I on the south. Shaft 12.7 meters deep. Clearing radeem from room I, room II (which has five small recesses), rooms III and IV which are connected by a break, room V containing a limestone sarcophagus (plundered), room VI full of dubsh, room VII full of stones, and room VIII in which there is much debris.