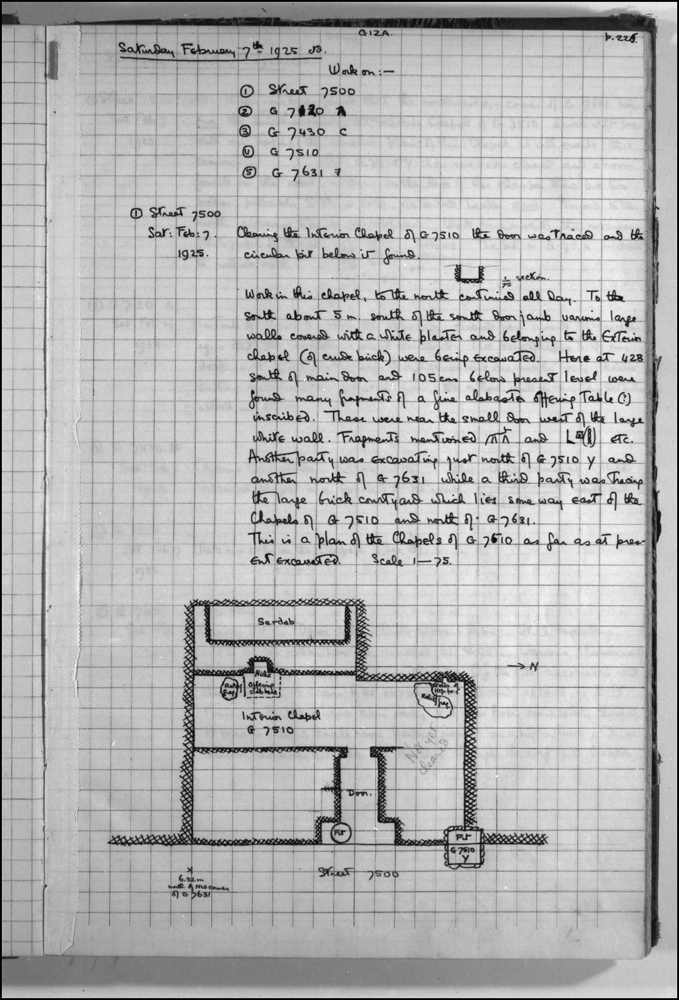 Work in this chapel, to the north continued all day. To the south about 5 meters south of the south doorjamb various large walls covered with a white plaster and belonging to the exterior chapel (of crude brick) were being excavated. Here at 428 south of the main door and 105 cm below present level were found many fragments of a fine alabaster offering table(?) inscribed. These were near the small door west of the large white wall. Fragments mentioned [GLYPHS] and [GLYPHS] etc.
Another party was excavating just north of G 7510 Y and another north of G 7631 while a third party was tracing the large brick courtyard which lies some way east of the chapels of G 7510 and north of G 7631.
This is a plan of the chapels of G 7510 as far as at present excavated. Scale 1:75