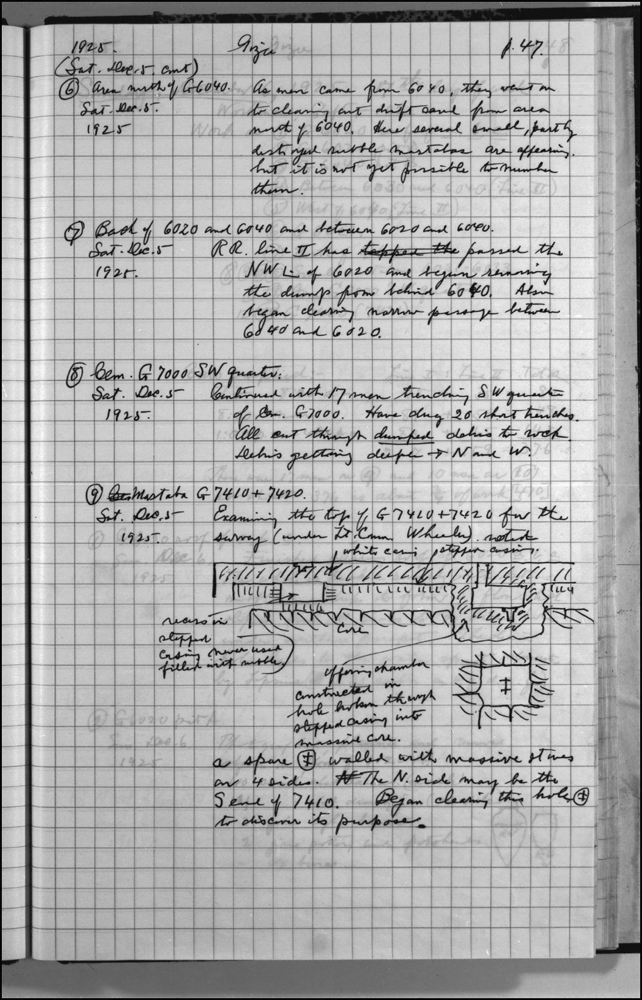 (6) G 6040 (north of)
As men came from G 6040, they went in to clearing out drift sand from area north of G 6040. Here several small, partly destroyed rubble mastabas are appearing, but it is not yet possible to number them.

a spare [ILLUSTRATION] walled with massive stones on four sides. The north side may be the south end of G 7410. Began clearing this hole [ILLUSTRATION] to discover its purpose.