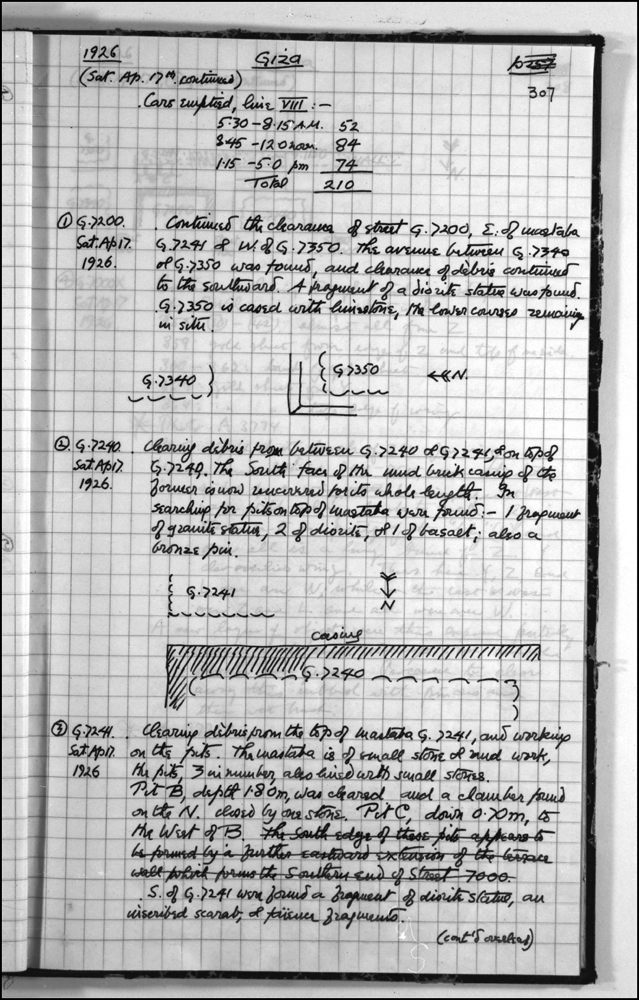 (2) G 7240
Clearing debris from between G 7240 and G 7241 and on top of G 7240. The south faces of the mud brick casing of the former is now uncovered for its whole length. In searching for pits on top of mastaba were found: one fragment of granite statue, two of diorite, and one of basalt, also a bronze pin.