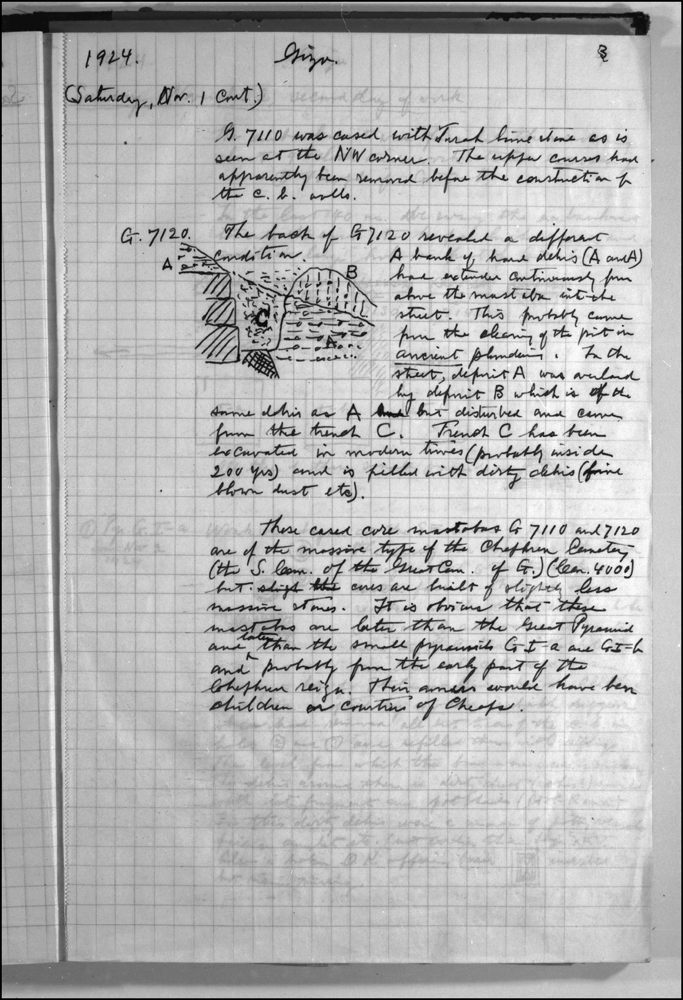 G 7110 was cased with Turah limestone as is seen at the northwest corner. The upper courses had apparently been removed before the construction of the crude brick walls.

The back of G 7120 revealed a different A bank of hard debris (A and A) had extended continuously from above the mastaba into the street. This probably came from the clearing of the pit in ancient plunder. In the street, deposit A was overlaid by deposit B which is the same debris as A but disturbed and came from the trench C. Trench C has been excavated in modern times (probably inside two hundred (200) years) and is filled with dirty debris (fine blown dust etc.).
These cased core mastabas G 7110 and G 7120 are of the massive type of the Khafre Cemetery (the south cemetery of the Great Cemetery. C.F.G.) (Cemetery 4000) but cores are built of slightly less massive stones. It is obvious that these mastabas are later than the Great Pyramid and later than the small pyramids G-Ia and G I-b and are probably from the early part of the Khafre reign. Their owners would have been children or courtiers of Khufu.