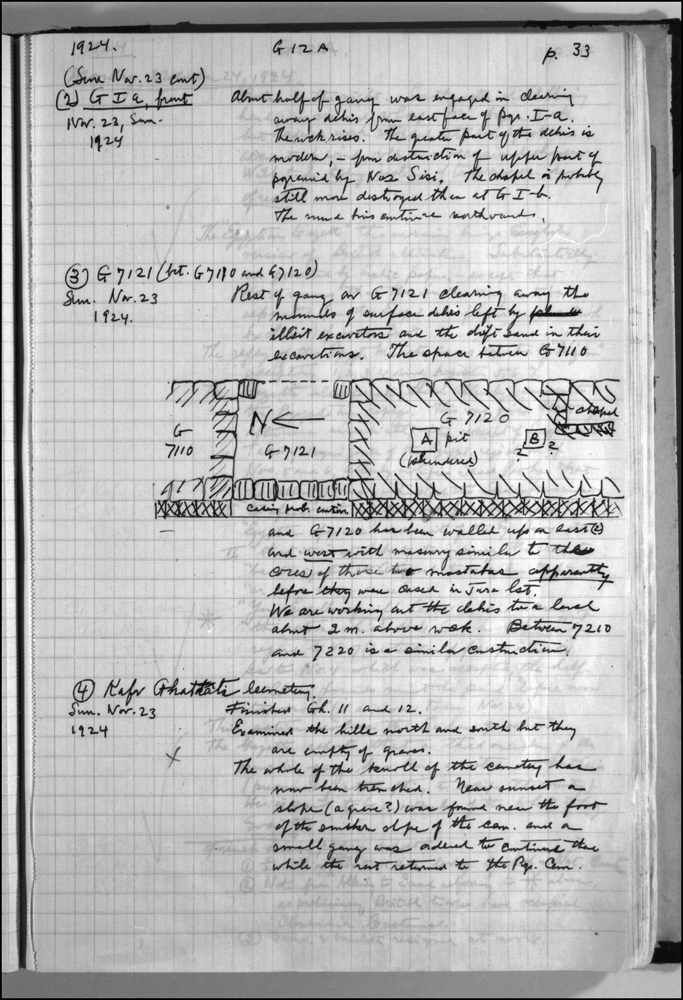 (2) G I-a
About half of gang was engaged in clearing away debris from east face of pyramid G I-a. The rock rises. The greater part of the debris is modern, from destruction of upper part of pyramid by Nas Sisi. The chapel is probably still more destroyed than at G I-b. The mud bins continue northwards.

(3) G 7121 (between G 7110 and G 7120)
Rest of gang on G 7121 clearing away the mounds of surface debris left by illicit excavators and the drift sand in their excavations. The space between G 7110 [ILLUSTRATION] and G 7120 has been walled up on east (?) and west with masonry similar to the cores of those two mastabas apparently before they were cased in Turah limestone.
We are working out the debris to a level about 2 meters above rock. Between G 7210 and G 7220 is a similar construction.