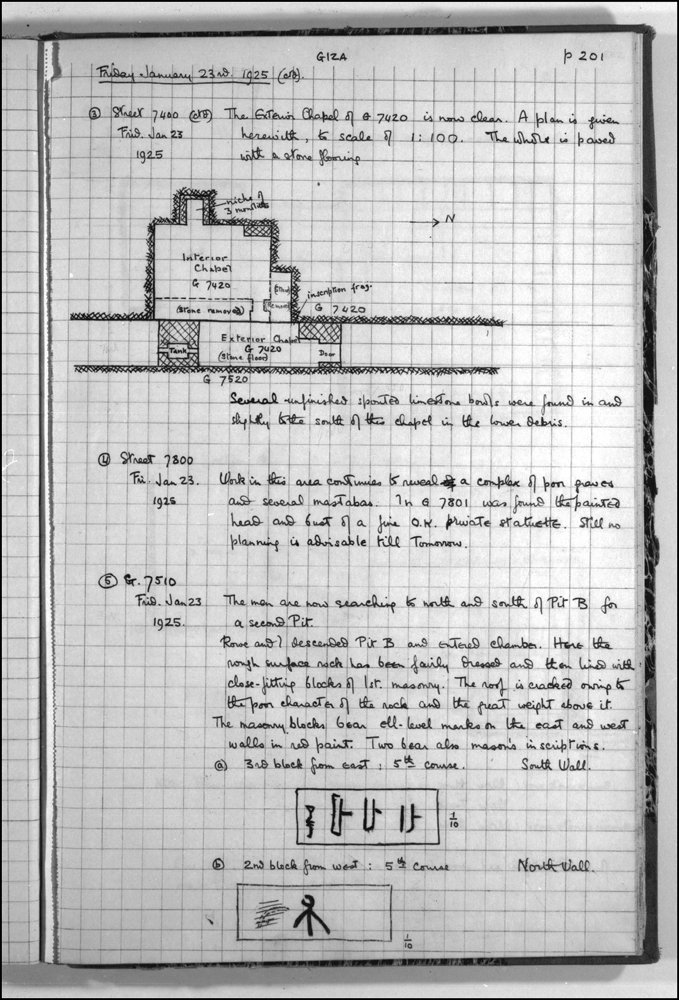 Several unfinished spouted limestone bowls were found in and slightly to the south of this chapel in the lower debris.

(4) Street G 7800
Work in this area continues to reveal a complex of poor graves and several mastabas. In G 7801 was found the painted head and bust of a fine Old Kingdom private statuette. Still no planning is advisable till tomorrow.

(5) G 7510
The men are now searching to north and south of pit B for a second pit.
Rowe and I descended pit B and entered chamber. Here the rough surface rock has been fairly dressed and then lined with close-fitting blocks of limestone masonry. The roof is cracked owing to the poor character of the rock and the great weight above it. The masonry blocks bear ell-level marks on the east and west walls in red paint. Two bear also mason's inscriptions.
a) third block from east: fifth course: south wall
[ILLUSTRATION]
b) second block from west: fifth course: north wall
[ILLUSTRATION]