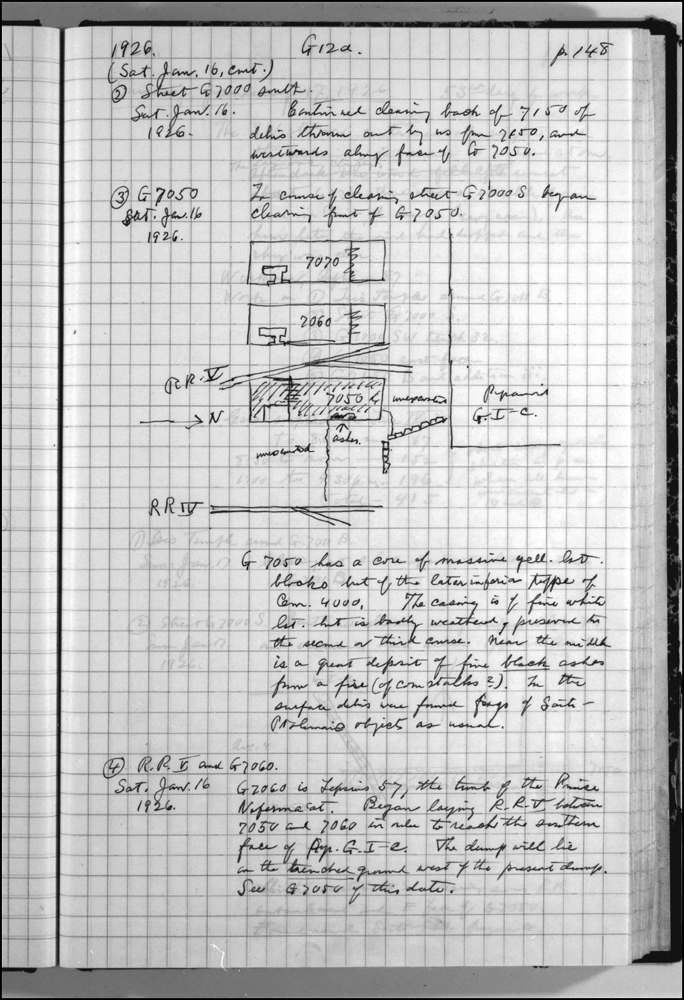 (3) G 7050
In course of clearing Street G 7000 S (south) began clearing front of G 7050.
[ILLUSTRATION]
G 7050 has a core of massive yellow limestone blocks but of the later inferior type of Cemetery G 4000. The casing is of fine white limestone but is badly weathered, preserved to the second or third course. Near the middle is a great deposit of fine black ashes from a fire (of cornstalks ?). In the surface debris were found fragments of Saite-Ptolemaic objects as usual.