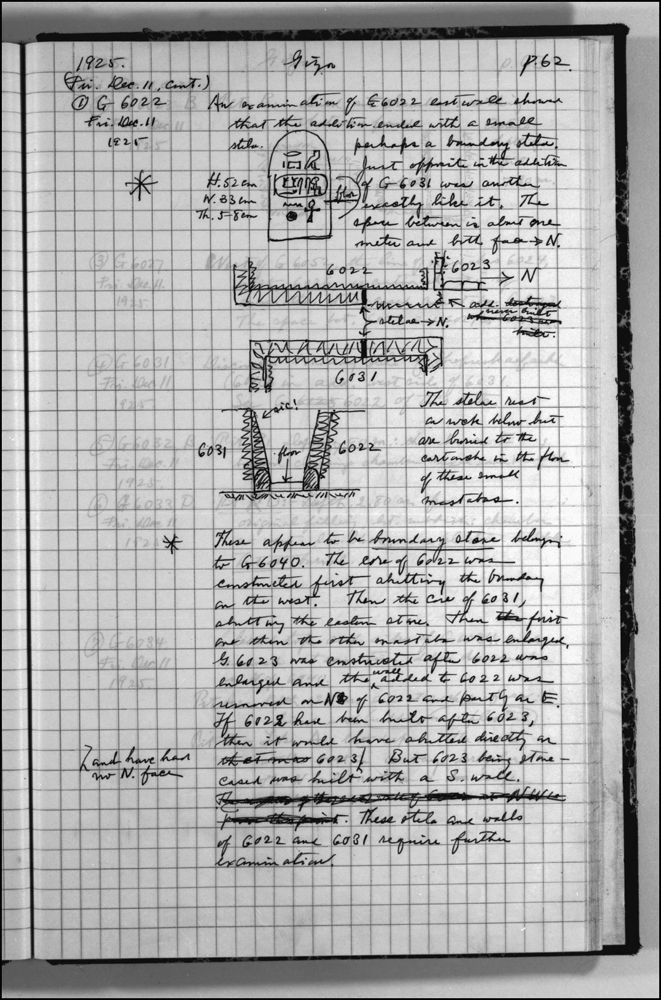 (1) G 6022
An examination of G 6022 east wall showed that the addition ended with a small stela [ILLUSTRATION with GLYPHS] [Shepseskafankh] perhaps a boundary stela. Just opposite in the addition of G 6031 was another exactly like it. The space between is about one
meter and both face north.

The stela rest on rock below but are buried to the cartouche in the floor of these small mastabas.
These appear to be boundary stone belonging to G 6040. The core of G 6022 was constructed first abutting the boundary on the west. Then the core of G 6031, abutting the eastern stone. Then first one, then the other mastaba was enlarged. G 6023 was constructed after G 6022 was enlarged and the wall added to G 6022 was removed on north of G 6022 and partly on east. If G 6022 had been built after G 6023, then it would have abutted directly on G 6023, and have had no north face. But G 6023 being stone-cased was built with a south wall. These stela and walls of G 6022 and G 6031 require further examination.