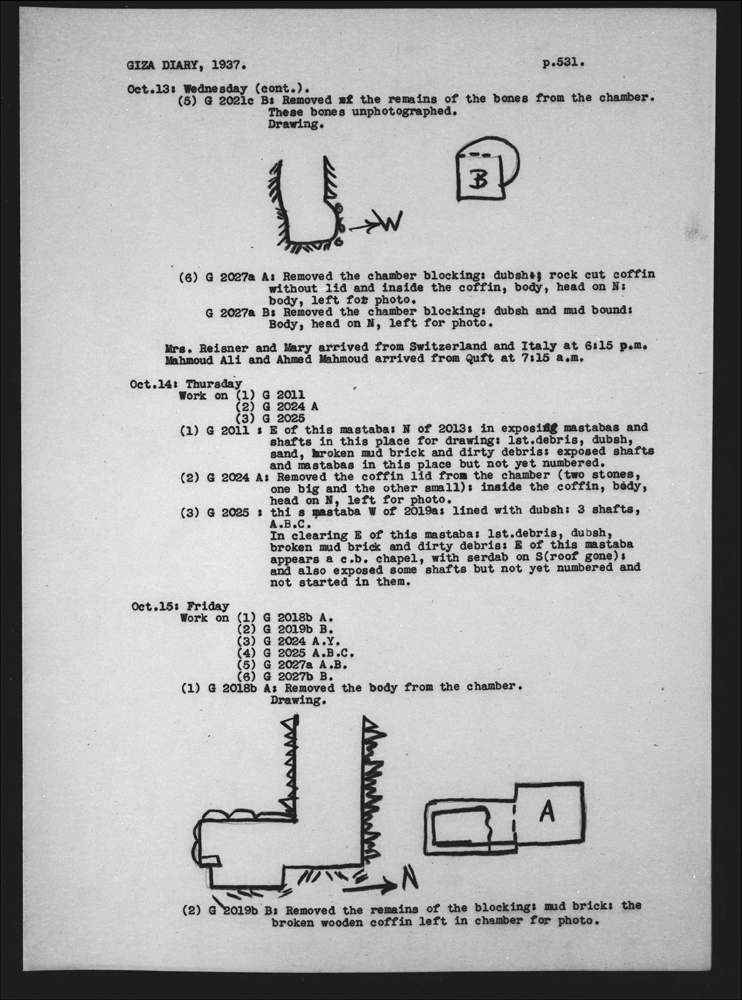 (5) G 2021c (continued)
G 2021c B: Removed the remains of the bones from the chamber. These bones unphotographed. Drawing.

(6) G 2027a
G 2027a A: Removed the chamber blocking. Dubsh. Rock-cut coffin without lid and inside the coffin, body, head on north. Body, left for photo

G 2027a B: Removed the chamber blocking. Dubsh and mud bound. Body, head on north, left for photo.

Mrs. Reisner and Mary arrived from Switzerland and Italy at 6.15 p.m.
Mahmoud Ali and Ahmed Mahmoud arrived from Quft at 7.15 a.m.

(1) East of G 2011
East of this mastaba. North of G 2013. In exposing mastabas and shafts in this place for drawing. Limestone debris, dubsh, sand, broken mud-brick and dirty debris. Exposed shafts and mastabas in this place but not yet numbered.

(3) G 2025
This mastaba west of G 2019a. Lined with dubsh. Three shafts, A, B, C. In clearing east of this mastaba. Limestone debris, dubsh, broken mud-brick and dirty debris. East of this mastaba appears a crude brick chapel, with serdab on south (roof gone), and also exposed some shafts but not yet numbered and not started in them.