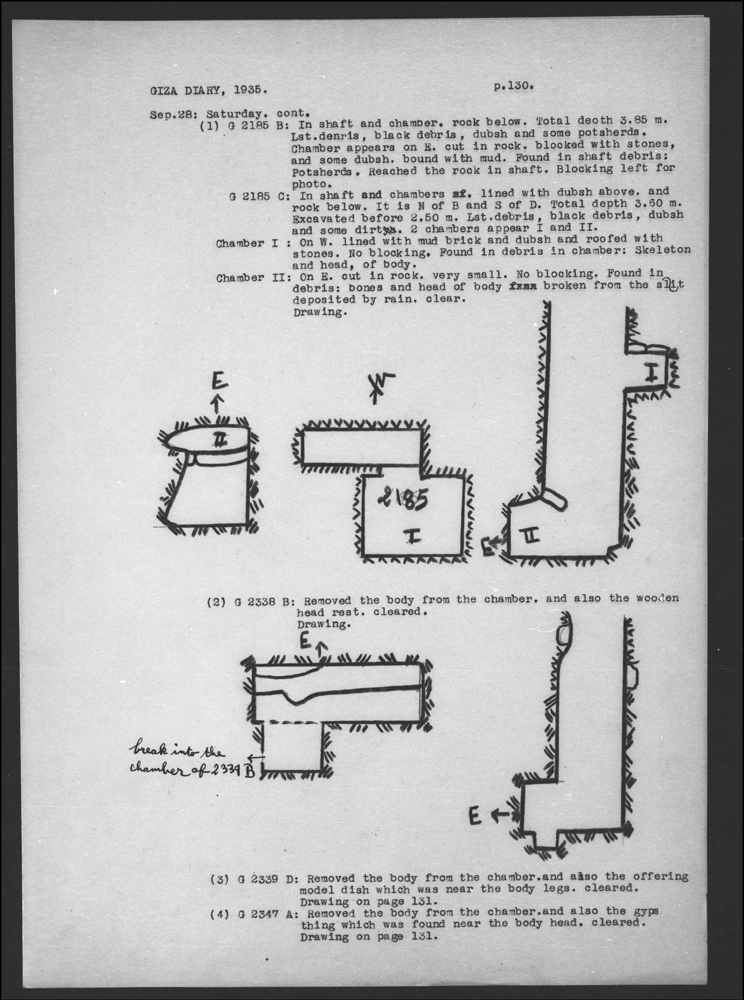 (1) G 2185 (continued)
G 2185 B: In shaft and chamber. Rock below. Total depth 3.85 meters. Limestone debris, black debris, dubsh and some potsherds. Chamber appears on east cut in rock. Blocked with stones, and some dubsh. Bound with mud. Found in shaft debris: potsherds. Reached the rock in shaft. Blocking left for photo.

G 2185 C: In shaft and chambers. Lined with dubsh above and rock below. It is north of B and south of D. Total depth 3.6 meters. Excavated before 2.5 meters. Limestone debris, black debris dubsh and some dirt. Two chambers appear I and II.
Chamber I: On west. Lined with mud brick and dubsh and roofed with stones. No blocking. Found in debris in chamber: skeleton and head, of body.
Chamber II: On east. Cut in rock. Very small. No blocking. Found in debris: bones and head of body broken from the silt deposited by rain. Clear. Drawing.