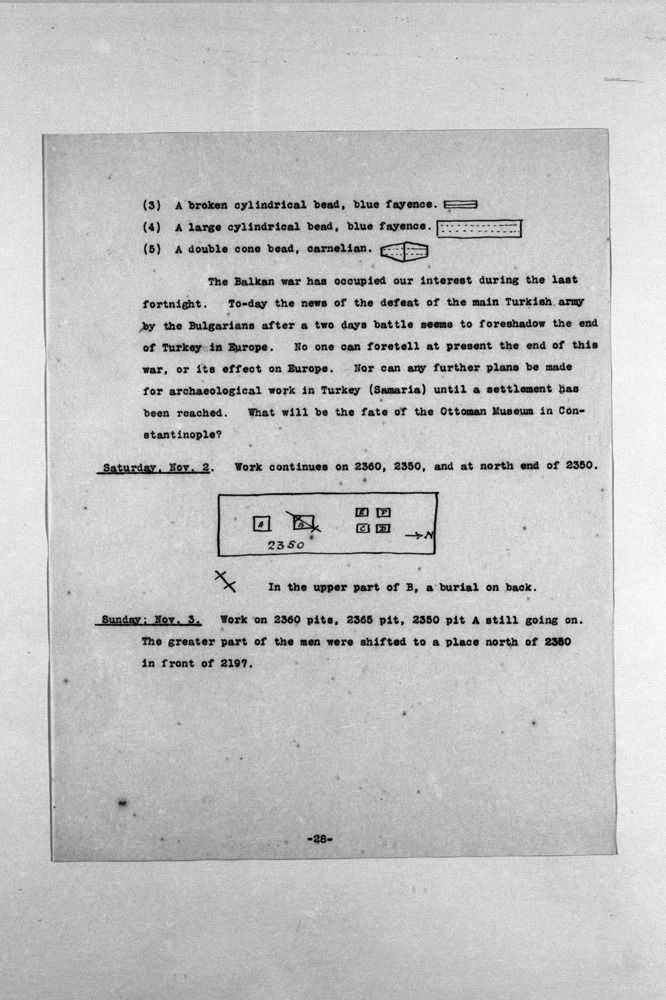 The Balkan war has occupied our interest during the last fortnight. Today news of the defeat of the main Turkish army by the Bulgarians after a two days battle seems to foreshadow the end of Turkey in Europe. No one can foretell at present the end of this war, or its effect on Europe. No can any further plans be made for archaeological work in Turkey (Samaria) until a settlement has been reached. What will be the fate of the Ottoman Museum in Constantinople?

[ILLUSTRATION]
[SIGN] In the upper part of B, a burial on back.