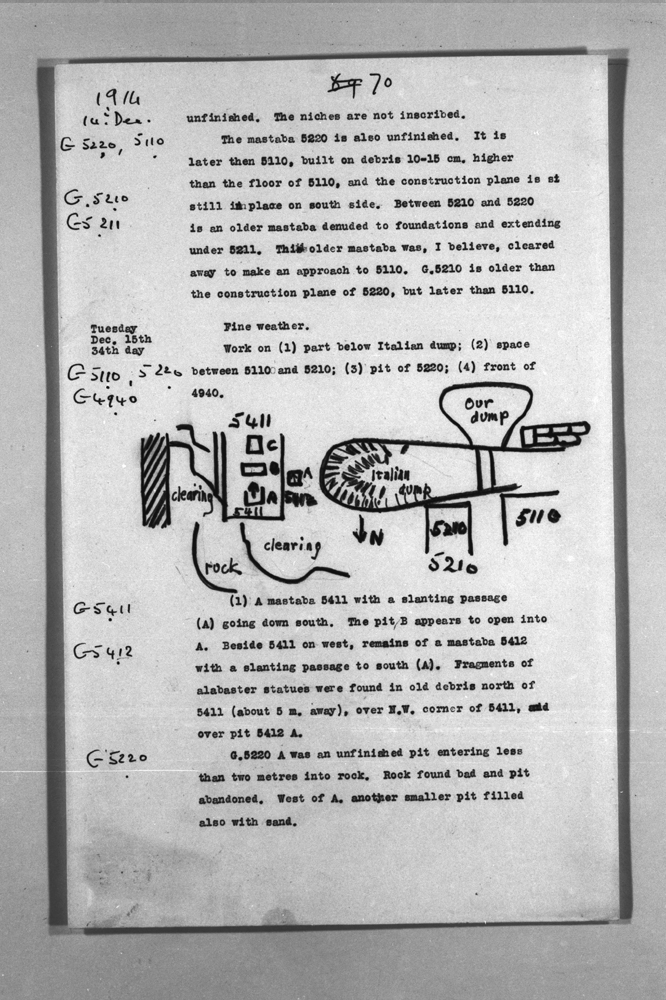 [G 5110 (continued)]
unfinished. The niches are not inscribed.

(3) G 5220
G 5220 A was an unfinished pit entering less than 2 meters into rock. Rock found bad and pit abandoned. West of A another smaller pit filled also with sand.