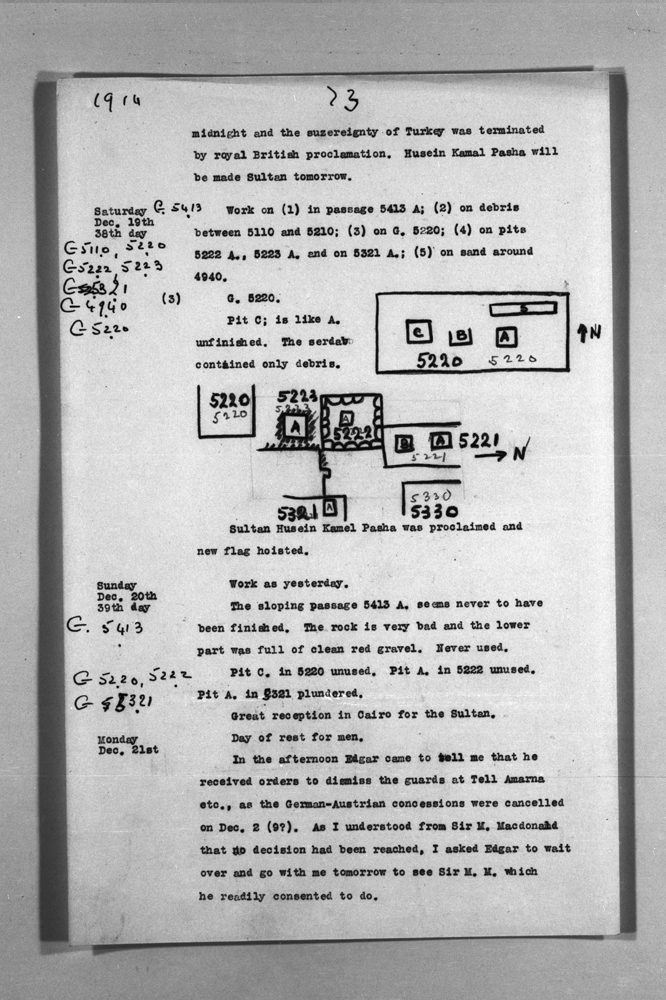 midnight last night and the suzereignty of Turkey was terminated by royal British proclamation. Hussein Kamel Pasha will be made Sultan tomorrow.

G 5413
The sloping passage of G 5413 A seems never to have been finished. The rock is very bad and the lower part was full of clean red gravel. Never used.

Great reception in Cairo for the Sultan.

In the afternoon Edgar came to tell me that he received orders to dismiss the guards at Tell Amarna etc. as the German-Austrian concessions were cancelled on December 2 (9?). As I understand from Sir M. Macdonald that no decision had been reached, I asked Edgar to wait over and go with me tomorrow to see Sir M.M. which he readily consented to do.