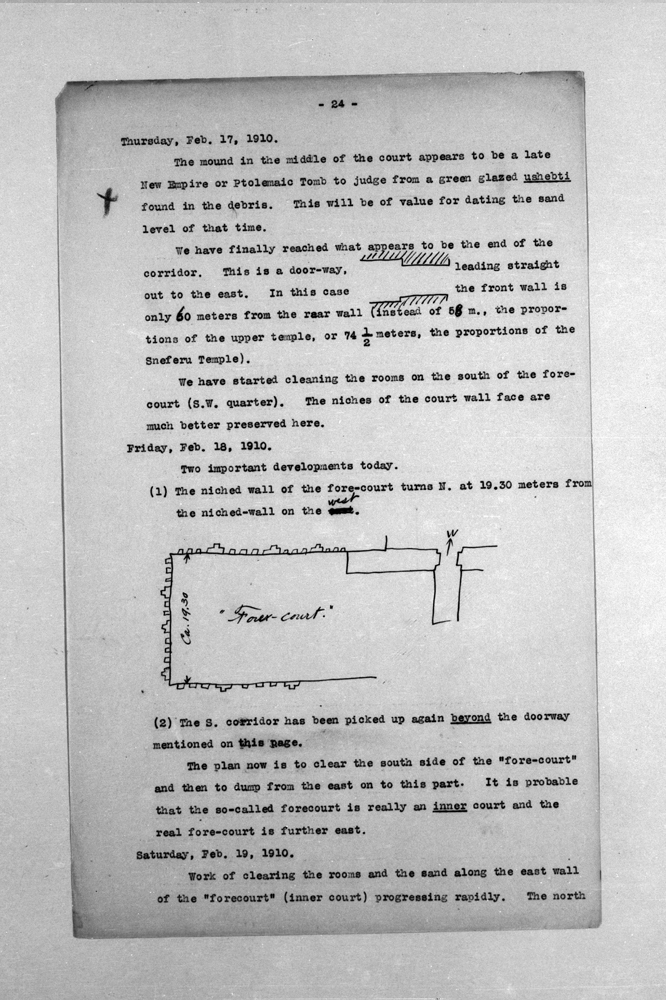 The mound in the middle of the court appears to be a late New Kingdom or Ptolemaic tomb to judge from a green glazed ushabti found in the debris. This will be of value for dating the sand level of that time.

We have started cleaning the rooms on the south of the fore court (southwest quarter). The niches of the court wall face are much better preserved here.

2) The south corridor has been pickup up again beyond the doorway mentioned on this page.

The plan now is to clear the south side of the "fore court" and then to dump from the east on to this part. It is probably that the so-called fore court is really an inner court and the real fore court is further east.

Work of clearing the rooms and the sand along the east wall of the "fore court" (inner court) progressing rapidly. The north