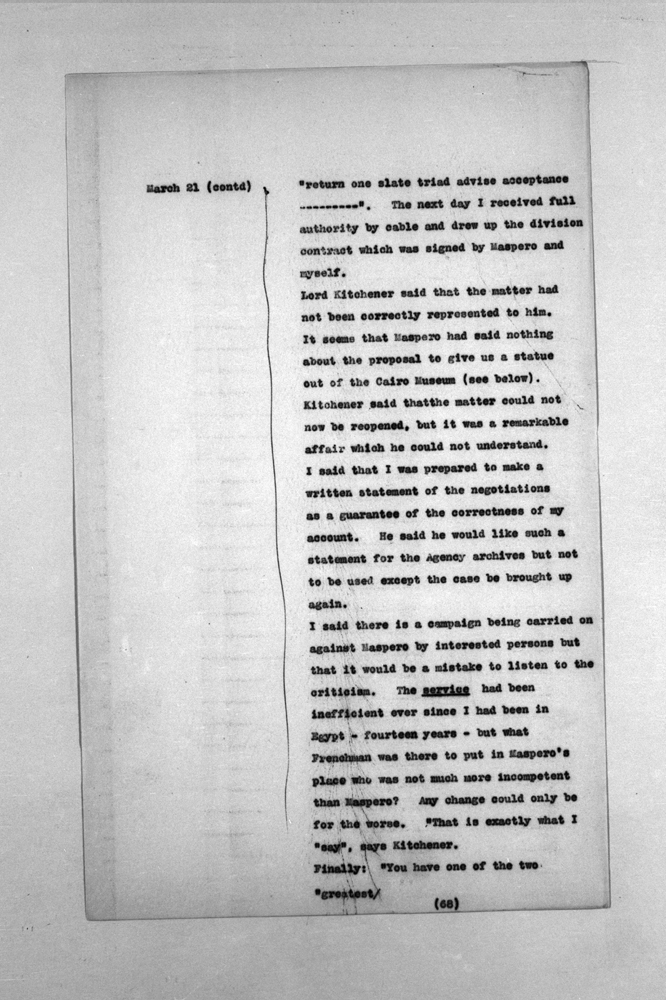 one slate triad advise acceptance ..." The next day I received full authority by cable and drew up the division contract which was signed by Maspero and myself.
Lord Kitchener said that the matter had not been correctly represented to him. It seems that Maspero had said nothing about the proposal to give us a statue out of the Cairo Museum (see below).
Kitchener said that the matter could not now be reopened, but it was a remarkable affair which he could not understand. I said that I was prepared to make a written statement of the negotiations as a guarantee of the correctness of my account. He said he would like such a statement for the Agency archives but not to be used except the case be brought up again.
I said there is a campaign being carried on against Maspero by interested persons but that it would be a mistake to listen to the criticism. The service had been inefficient ever since I had been in Egypt - fourteen years - but what Frenchman was there to put in Maspero's place who was not much more incompetent than Maspero? Any change could only be for the worse. "That is exactly what I say" says Kitchener.
Finally, "You have one of the two greatest