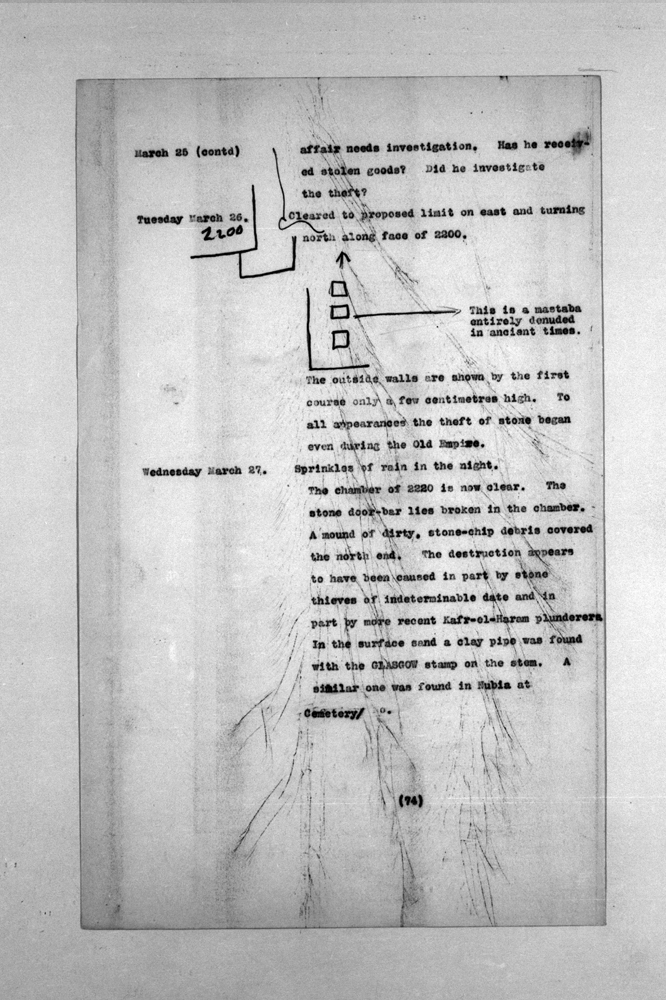 [General Maxwell (continued)]
needs investigation. Has he received stolen goods? Did he investigate the theft?

The outside walls are shown by the first course only a few cm high. To all appearances the theft of stone began even during the Old Kingdom.

Sprinkles of rain in the night.

The chamber of G 2220 is now clear. The stone door bar lies broken in the chamber. A mound of dirty, stone-chip debris covered the north end. The destruction appears to have been caused in part by stone thieves of indeterminable date and in part by more recent Kafr-el-Haram plunderers. In the surface sand a clay pipe was found with GLASGOW stamp on the stem. A similar one was found in Nubia at cemetery