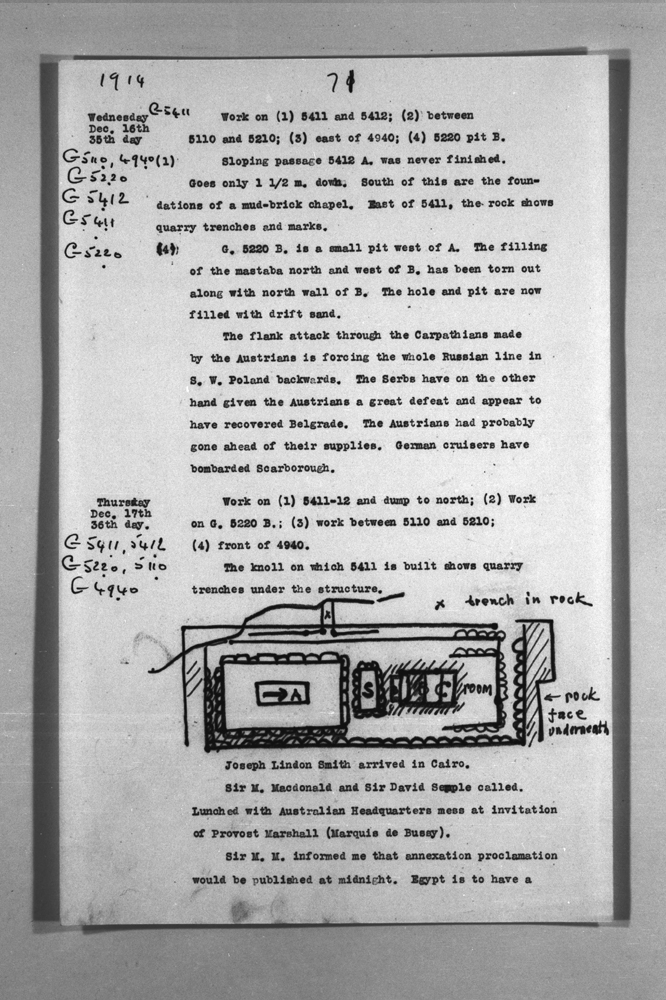 (4) G 5220
G 5220 B is a small pit west of A. The filling of the mastaba north and west of B has been torn out along with north wall of B. The hole and pit are now filled with drift sand.

The flank attack through the Carpathians made by the Austrians is forcing the whole Russian line in southwest Poland backwards. The Serbs have on the other hand given the Austrians a great defeat and appear to have recovered Belgrade. The Austrians had probably gone ahead of their supplies. German cruisers have bombarded Scarborough.

Joseph Lindon Smith arrived in Cairo.
Sir M. Macdonald and Sir David Semple called. Lunched with Australian Headquarters mess at invitation of Provost Marshall (Marquis de Bussy).
Sir M. Macdonald informed me that annexation proclamation would be published at midnight. Egypt is to have a